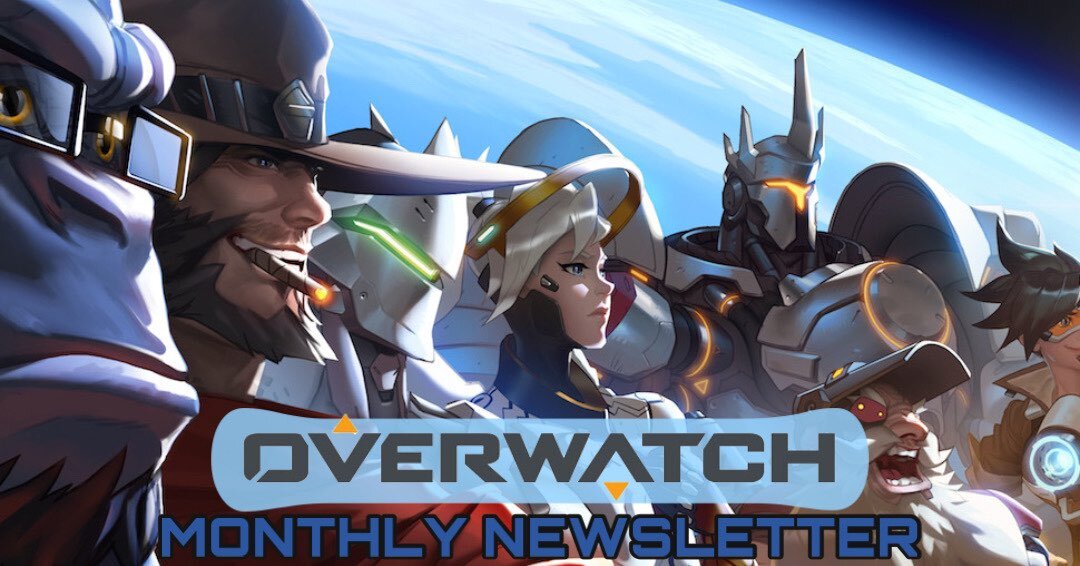 Overwatch did its annual April Fool's joke with the googly eyes for the heroes and for the payloads! I really wish the payloads also had these eyes, and that if you hit them they'd move. These eyes always bring a smile to my face.

There were also a ton of new things in the Experimental Patch in honor of April Fool's too. You can check those out here! I watched our very own @papernopenstream some of these experimental patches, and some of them seemed pretty cool! If you'd like to check out her stream showcasing these, check out this video!

Starting April 16th, Overwatch League will be back in action! For more details on the current teams and schedule, check out the official page! I haven't personally had much time to look into all of the roster changes that occurred yet, but I am definitely looking forward to seeing some great games again this year!

The following members have met these milestones in their positions:

Keep up the great work guys!!!!

We have a lot of upcoming events in TG! Check the calendar out for more information and to RSVP! 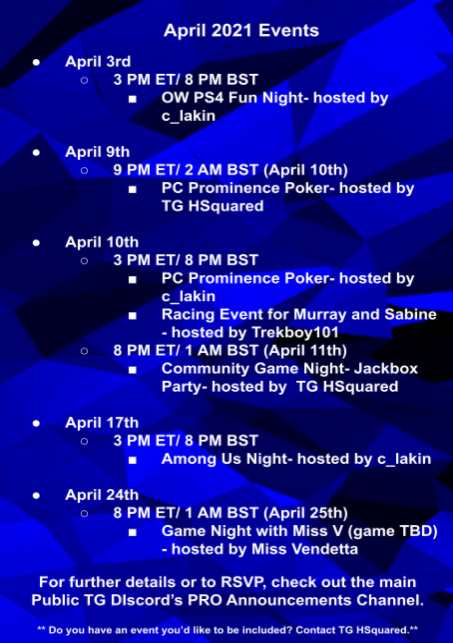 In the Overwatch Division, we have always been pretty good at recruiting, but as our amazing game has gotten older, I feel like it has gotten a lot harder to recruit, but that doesn't mean it is impossible! We just have to put some more work into it! When I say "we" I want you guys to know that doesn't just mean the higher ups; I'm talking about EVERYONE (yes, I am talking about you!)!

As someone that has spent a lot of time with IN squads over the years, having new people in IN can be a lot of fun! New members mean we can continue to fill squads that are needing specific heroes and SR ranges. It also means that we can have more squads! I know a lot of squads love to do scims against others, and the best scrims are the really close ones against those that are of similar SRs! I personally love to watch these scrims, where it is back and forth, and you have absolutely no idea who is going to come out on top! The only way that we can regularly host scrims like this is if we continue to grow! More people= more people to get to know, form friendships with, and game with on a regular basis!

I'd like to challenge you guys to all work on your recruiting skills this month. This can be in-game, on forums, discords, Facebook, Instagram, in-person, or anywhere etc. I have a sneaking suspicion a recruiting contest will be coming up in May... Maybe even a division vs division challenge to see who can get the most recruits!

If any of you have any questions about recruiting, feel free to ask them here! There are many great recruiters in Overwatch that can help!

***Any suggestions for the next edition of the newsletter, please feel free to let me know!***