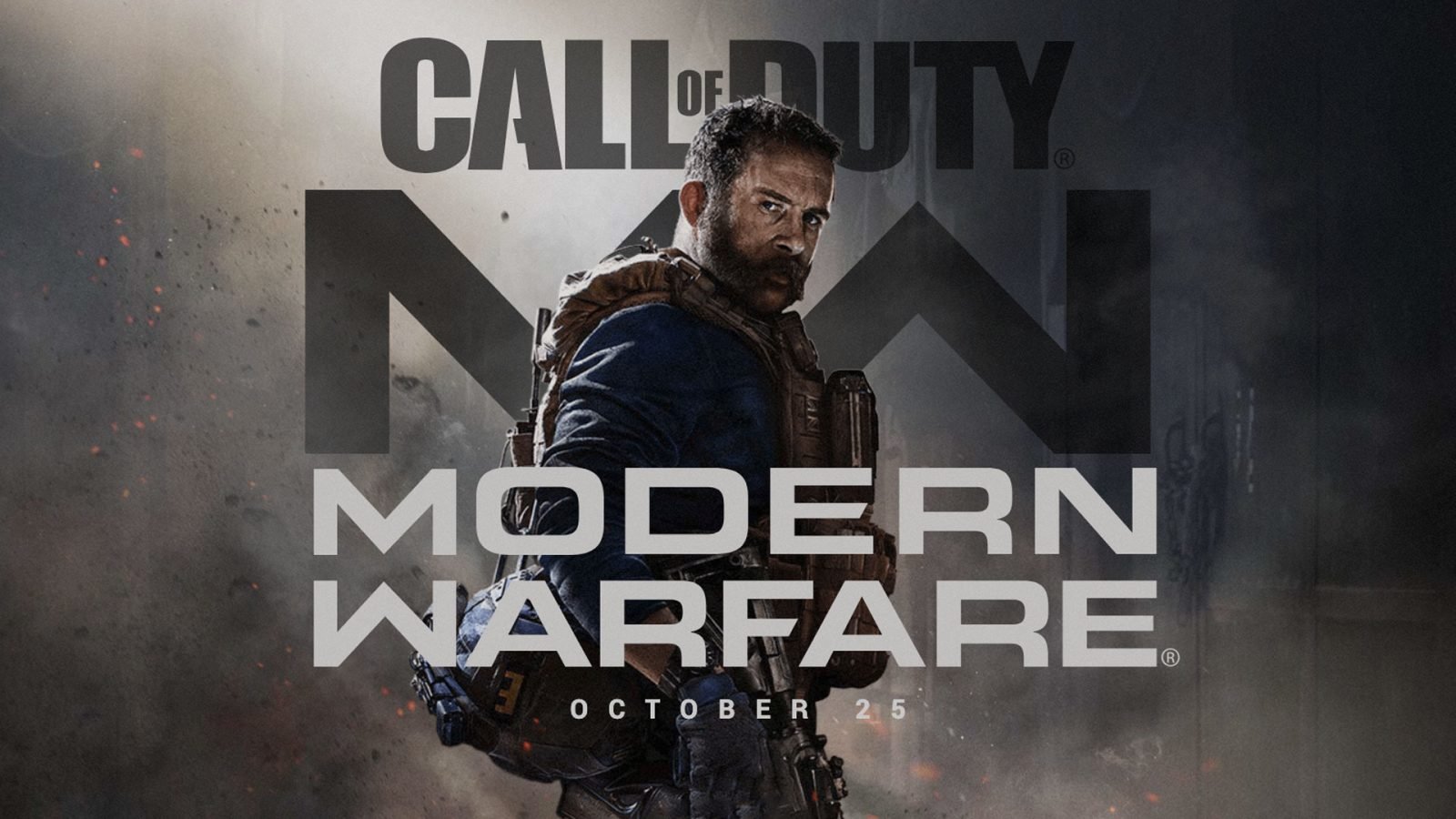 On October 25th,  Call of Duty, Modern Warfare 4 releases to the public, a long anticipated game that has been fans hopes of returning, and now it has.

Modern Warfare 1st came out back in 2007, followed by huge success and a love for the story and warfare era and mechanics, it released 3 more versions before it took a long break for 8 years until its return on OCTOBER 25th 2019.  Call of Duty over the years has declined in years and Pre-Orders for this game alone have this looking to be the game to draw all the old CoD vets back into the game once more!

"This is an all-new Call of Duty: Modern Warfare reimagined in every way. We are creating an emotionally charged experience that's inspired by the headlines in the world today, where the rules are grey and battle lines are blurred. Players will join a varied cast of international special forces and freedom fighters in gripping and heart-pounding missions through iconic European cities and volatile expanses of the Middle East. It's intense, it's exciting, and we can't wait for our fans to play." The Call of Duty Franchise has recently brought out a Mobile Version of their game with several fan favorite game modes being played worldwide and has seen huge success.

Modern Warfare will likely be doing the same with Cross Play,  Playing against PC / XBOX and PS gamers in the same match connecting through their Activision ID

It would seem Call of Duty has also learned a little from Battlefield by adding 64 team ground war game mode to the game which will be interesting to see how that works, high K/Ds in that,  think i would sit with a high Death ration for that one...

Modern Warfare has also been retrofitted with a new graphical engine... about time... to bring it a little more up to date with the likes of Battlefield in terms of photoRealism .

"Every design decision has been made with our players in mind. With the launch of Call of Duty: Modern Warfare, we're taking steps to unite the community. First, we plan for Call of Duty: Modern Warfare to be played together across PC and console through cross-play support. Second, we're eliminating the traditional season pass, so that we can deliver more free maps and content as well as post-launch events to all players. This is just the beginning – there's much more to come.

For More info on this game, please refer to this excellent review here:

Will you be getting the Modern Warfare? Let us know in the comments and if your looking for members to play with on release join the CoD division Discord.