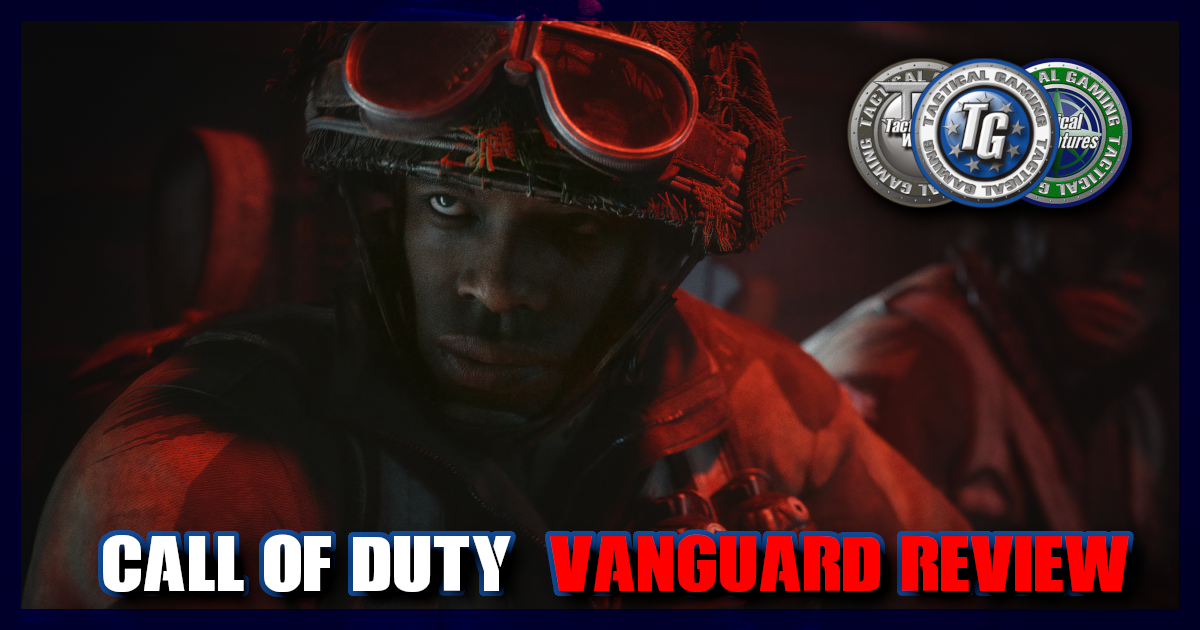 On November 5, 2021, CoD Vanguard released. Many of our TG members were looking forward to a new CoD title. I spoke with @NiftyCurry (2nd Bat Ranger Squad Member), @Primis Rulz (1st Bat Aetherium Squad Assistant), and @NJYツ (2nd Bat Redacted Squad Assistant) to get their opinions on the new title now that they have been able to play it for a few weeks. Let's see what they had to say!

Squared: "How many hours have you spent on the game so far?"

@Primis Rulz:" Less than 24 hours of multiplayer, and less than 10 hours on zombies. I don't go out of my way to play it."

Squared: "Sounds like you guys have a spent a decent amount of time on the game already!"

Squared: "What is your favorited game mode on CoD Vanguard? Why?"

@NiftyCurry:"SnD - Involves team tactics and plays really well in the pacing of this game. Lots of strats can also be utilized."
@Primis Rulz: "Multiplayer - There is not nearly enough content in Zombies for me to want to play it, and the multiplayer is actually fun."
@NJYツ: "Search and Destroy. I find it such a balanced game mode and I'm not really a fan of Respawn Game modes."
Squared: "I got to watch a bit of the 2v2 SnD tournament that @Cane hosted last night. Seemed like an awesome game mode for competitive gamers!"
Squared: "On a scale of 1-10 (1 being poopy and 10 being the best thing in the world), how would you rate the Vanguard title? Why?"
@NiftyCurry: "8 - If they fix the bugs and glitches and do the necessary nerfs (STG - Vital etc.) then the game will be more fun to play as everything will be on a level playing field. "
@Primis Rulz: "4/10 - I mainly bought the game for zombies, and it was a huge disappointment to me. The campaign was pretty decent in my opinion, and the multiplayer is solid."
@NJYツ: "This for me is in two parts. I think as a game in general I would give it an 8. You can tell they've put loads of effort into the title and have produced a decent game. As for my overall experience I would give it about a 4. I don't have any urge to play like the other titles I don't want to get on to grind and improve I'm finding myself only jumping on for practices."
Squared; "Mixed reviews for sure! Hopefully they will fix the bugs and add more zombie content, which should make it more enjoyable for all."
Squared: "Do you like this better than previous CoD titles? Why or why not?"
@NiftyCurry: "I would play this game over Cold War any day. I still think the 2019 Modern Warfare is superior to Vanguard but given time, it will  grow on me."
@Primis Rulz: "If I want to play Zombies, I would not go to this game. There is simply not enough content and it is missing several core components (i.e. No killstreaks, no wallbuys, exfil is useless now, weapon xp is now garbage, heck you can't even pause the game. And if you leave to go to the bathroom or something, you get kicked for being afk, not nearly enough maps or objectives, and they are not going to be making a round based map for this game.)"
@NJYツ: "It is better than Cold War, but other than that I feel all the other call of duties were better."
Squared: "Hopefully they will make some changes to make zombies better! At least overall, you guys think it was an improvement from Cold War!"
Squared: "Have you noticed anything that you would like the developers to improve in CoD Vanguard?"
@NiftyCurry: "Balance/glitch fixes, nerfs to overpowered guns and a designated 6v6 pacing playlist."
@Primis Rulz: "Bring back round based maps, make the xp rates similar to how it was in CW, improve the points system, bring back upgradable skills to give exfil a purpose again, remove the gun carrying zombies, and exploding zombies, and replace them with something else, bring wallbuys back, add the ability to pause the game (especially for solo playing), add applying weapon blueprints to the game, make it so shotguns aren't the only way to survive high rounds, and honestly the list just keeps going on for zombies."
@NJYツ: "A lot of gun balancing needs to happen."
Squared: "In most new releases, there are always a lot of balancing issues. Hopefully they will address these soon. I know there has already been at least one update, but hopefully there are more to come soon!"
Squared: "Would you recommend this game? Why or why not?"
@NiftyCurry: "Yes, I would recommend this game to anybody that enjoyed MW 2019. However, for those that don't like fast paced gameplay and have slower reaction times, I couldn't recommend this to you."
@Primis Rulz: "If you are looking for a decent campaign and a multiplayer experience similar to what was seen in MW 2019, I would say go for it, but I would recommend waiting for a couple of reasons. The campaign and multiplayer alone aren't worth $60 minimum, and the reason I am not bringing up zombies is because the zombies mode itself is worth more like $5 and playing the beta for it. If I had known everything I do now, I wouldn't have purchased this game."
@NJYツ: "I wouldn't recommend paying full price for it if it was ever on offer then yeah buy it :)"
CoD Vanguard is offering multiplayer for free until November 22nd. If you are unsure on whether or not you'd enjoy the game go check it out while it is free!

What are your thoughts on the new CoD Vanguard?