With 2020 done and over, we can finally move onto 2021, which brings new games to look forward to! There are 33 major ones with confirmed release dates we will be covering today, so lets get started!

The following have already been released in 2021:

Hitman 3 (January 20) PS5, PS4 Xbox Series X/S, Xbox One, Switch, Stadia, PC
This Hitman game concludes the World of Assassination Trilogy, and it lets you play every map from the previous two games.


Teratopia (January 20) PS4, Xbox One, PC
With a lot of unique zones, this 3D brawler game is packed full of adventure and action!


Dyson Sphere Program (early access- January 20) PC
It's an intergalactic space simulation and strategy game, where you build your own factory and have to manage resources.


Cyber Shadow (January 26) PS5, PS4, Xbox Series X/S, Xbox One, Switch, PC
Taking place in Mekacity, you play as a cyber ninja named Shadow. The goal is to try to rescue his clan from the people who caused the apocalypse.


Stronghold Warlord (January 26) PC
The map is divided into different estates, all of which have different traits, and with that, added difficulties. You pick one to rule and manage!


Ryte: The Eye Of Atlantis (January 27) PC VR
You are transported to Atlantis, playing as a prisoner who has just broken out of jail. You get powers and try to solve puzzles to prevent the End of Atlantis.


Disjunction (January 28) PS4, Xbox One, Switch, PC
This cyberpunk action RPG takes place in New York City in 2048. There are three main characters, trying to uncover secrets throughout the city.


Olija (January 28) Switch, PC
The game follows a shipwrecked man, armed with a spear, as he tries to get back home.


TOHU (January 28) PS4, Xbox One, Switch, Stadia, PC
On unique fish planets, you try and uncover the truth to the worlds in this cute looking game!


The Medium (January 28) Xbox Series X/S, PC
A new horror game, with a very unique mechanic. You experience two versions of the world at the same time, and switch between them to interact effortlessly. 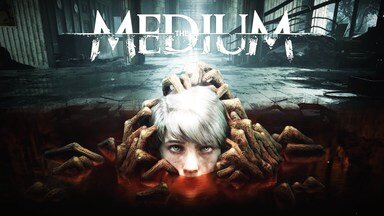 Gods will Fall (January 29) PS4, Xbox One, Switch, Stadia, PC
The Gods treat humans with cruelty, and those who don't do as they demand get slow and merciless deaths. You are humanities last hope.


Blue Fire (February 4) Switch, PC
You traverse through Penumbra, a desolate and forgotten kingdom, looking for secrets to discover the truth.


Werewolf: Apocalypse - Earth Blood (February 4) PS5, PS4, Xbox Series X/S, Xbox One, PC
You play Cahal, a werewolf, who has recently left his clan after a major accident, He returns to master his rage, and save his clan.

The following are still to come:


Little Nightmares 2 (February 11) PS4, Xbox One, Switch, PC
Two kids are trying to discover the Signal Tower's secrets after running and hopefully escaping many monsters along the way.


King of Seas (February 18) PS4, Xbox One, Switch, PC
An Action - RPG game, with a procedurally generated world, in which you play as a pirate reclaiming what was once yours.


Persona 5: Strikers (February 23) PS4, Switch, PC
A game in the Persona universe, with lots of one vs many battles.


Ghosts N' Goblins: Resurrection (February 25) Switch
A retelling of the original games, merging their mechanics while also adding some new ones.


Bravely Default 2 (February 26) Switch
The first Bravely Default game to come to Switch, but despite the name it is the third game in the franchise.


Harvest Moon: One World (March 2) Switch
A game of farmers exploring the world, with new and familiar faces, while managing their farm.


Mundaun (March 16) PS5, PS4, Xbox Series X/S, Xbox One, Switch, PC
This horror game is set in a secluded alps valley, where you solve puzzles and try to survive.


Returnal (March 19) PS5
Returnal is a third person shooter in an interesting and unique, procedurally generated world, making for unique gameplay each time.


Story of Seasons: Pioneers of Olive Town (March 23) Switch
You leave the big city to follow in your grandfather's footsteps of living on the frontier.


It Takes Two (March 26) PS5, PS4, Xbox Series X/S, Xbox One, PC
A new co-op adventure game from the same people behind A Way Out and Brothers: A Tale of Two Sons. This game combines adventure with an engaging story. 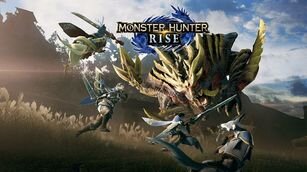 Balon Wonderworld (March 26) PS5, PS4, Xbox Series X/S, Xbox One, Switch, PC
Play as 2 characters following the maestro, Balon, throughout Wonderworld, with lots of costumes that give you lots of different abilities.


Humankind (April 22) PC
You can select one of ten civilization types, all with their own pros and cons, to build your own civilization and manage it.


Resident Evil: The Village (May 7) PS5, PS4, Xbox Series X/S, Xbox One, PC
The game is set in an isolated mountain village with an old castle, where Ethan and Mia from Resident Evil 7: Biohazard have ran to after those events. 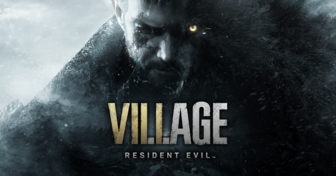 Deathloop (May 21) PS5, PC
A first person game, where you play as two assassins in a never ending time loop. One kills to preserve the loop, while the other tries to end it.


Far Cry 6 (May 25) PS5, PS4, Xbox Series X/S, Xbox One, Stadia, PC
With a rumored release date of May 25, after showing as that on the Microsoft Store, but having a window from April 2021-March 2022, this new installment of the Far Cry franchise is set in Yara. It is a totalitarian island nation with a budding revolution.


Back 4 Blood (June 22) PS5, PS4, Xbox Series X/S, Xbox One, PC
An up to 4 player co-op, this zombie killing game is from the same creators of the Left 4 Dead games, and is unofficially referred to as a Left 4 Dead sequel. This game brings together both old mechanics and new.