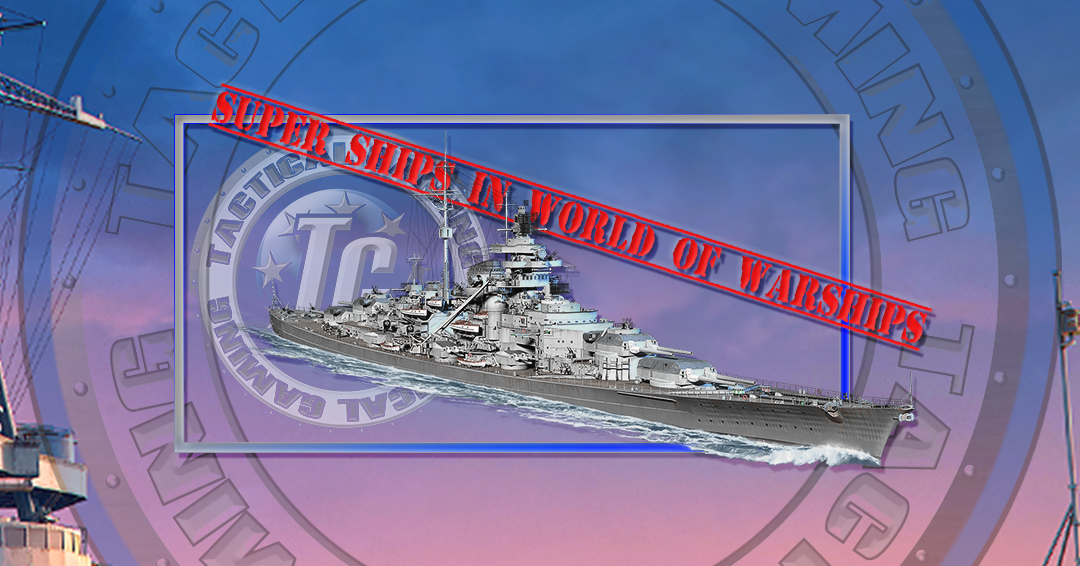 In late 2020, Wargaming announced super-ships were going to be introduced into the game. The first two that were introduced were Satsuma and Hannover. The Super-ship concept is supposed to follow a hypothetical scenario where the great WW2 powers continue development of newer ships of the time. The Super-ships were to be not only just better versions of their older in-game counterparts but come with them a new mechanic called Firing Adjustment. This new game mechanic for these super-ships, gives the vessel a combat bonus to the player’s ship that lasts for a short time, but is activated when the player scores hits or near misses on a target.

As of February 2022, Wargaming has announced ten super-ships of various types, these ships are to be added as a continuation of existing tech trees; however, Wargaming announced in a recent live Podcast that was published on January 31st, 2022, that the results are promising for super ships, however they did state that the work on how to put these ships in the respective tech trees is still ongoing. Though super ships are not currently available in their respective tech trees, players can still play them in game as part of a special category in-game where players can earn temporary in-game resource to exchange for the super-ships.

A very big announcement was made regarding the super ships on March 14, 2022. Wargaming has decided on the cost of these ships and finally announced that they will be added as part of the tech tree. The cost that was stated was that these vessels won't cost research points (the typical currency used to research tech tree ships in the game); rather than researching these ships, players will be able to purchase them with credits (common in game currency that can easily be gained while playing). Players must own at least three tier tens and have already researched the prior ships of the respective line of the super ship, as pre-requisites before purchasing the super ship.

Cost of these ships are the following:

It was also stated in the publication that the servicing costs of these vessels will be 360k credits, for reference the standard servicing cost for a tier 10 is 135k. “This is to ensure that both, they don’t become overly popular in matchmaker and ensure that tier tens have an economic advantage over them.” This was quoted from the recent publication regarding this concept. It is worth mentioning that all this just entered testing as of March 2022, so the numbers regarding the economics should be taken with a grain of salt as these numbers could very well change.

What are your thoughts on the super-ships?