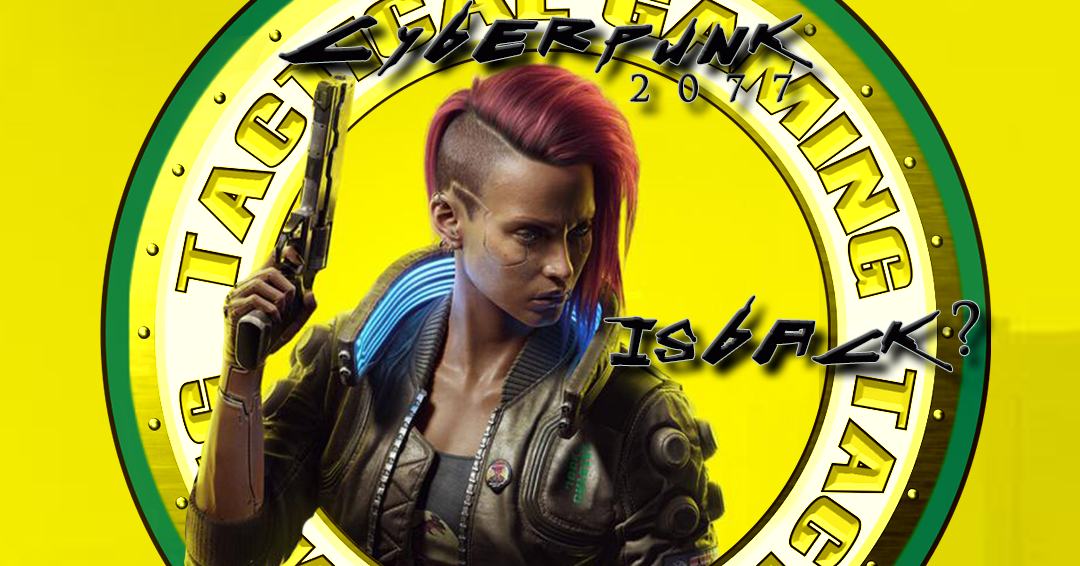 Project Red's Cyberpunk 2077 has had a rocky start since it's launch at the end of 2020, with fans left disappointed and feeling let down at a title which promised to be perfect for next gen consoles. Cyberpunk 2077 has left a bitter taste in users' mouths.

But those at Project Red were not going to be left stranded and defeated by the fans and the title's sloppy release.

A huge update was released for all platforms.

With the return of screen space reflections for consoles, so the "wet" made a return to the scene for players to enjoy those beautiful reflections on the ground.

Players can now enjoy a free-five hour "trial" to explore and experience Night City in all its glory, a demo, this is unheard of in 2022.

More about the update, next gen update 1.5 is measured to be a whopping 50 GB and features a reworked perked system. Some skills getting a rework and others to be removed entirely. Players have reported that knife throwing is now pretty good and can even act as a boomerang, now that's cool!

With the reintroduction of the rebalanced combat system, enemies seek for cover, react more intelligently and overall appear more human like rather than AI. With improvements to driving also, vehicles feel more life like to handle rather than on permanent ice grip tires with steering wheel connected to a potato. 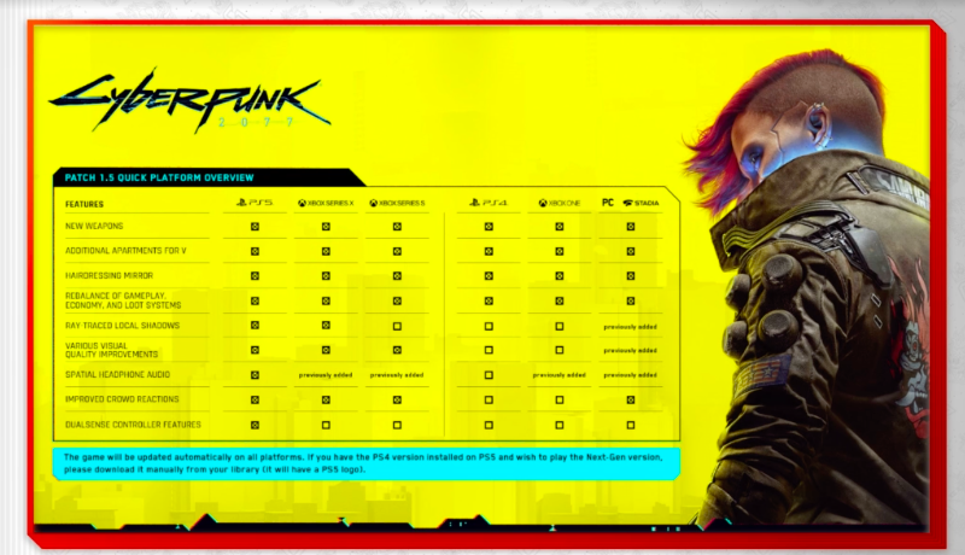 A check list of everything which players complained about, reportedly to be fixed within Cyberpunk 2077

There have been significant upgrades and reworks to the city of Night City too, implementations to make it feel more real, crowds will now react realistically to your actions, rather than an entire street ducking to the floor and cowering in fear when you accidently shoved a passerby, and to not despawn when you simply spin around.

The city itself appears to be more lively, in a way that is unmatched to its initial launch. A large over haul to the map, lighting, and other quality to life changes to make the users experience more smooth and better to experience.

These improvements and changes surely are to improve your Night City experience, and to wipe out the strange bugs which occurred on Next Gen Consoles.

Are you looking forward to being able to play Project Red's Cyber Punk once again and experience its full glory?
Let us know in the comments below!