The Battlefield Division are holding an event on Battlefield 4, called Operation Dragons Teeth.

This operation has been created by Battlefields very own @TG The Messiah.

Below are some of the details about the operation:

Following the events of the main story, a Chinese civil war has erupted between the rebel forces of the deceased Admiral Chang, and the Chinese Government. The rebel forces have set up a base of operations in a remote province in China, and a small task force has been dispatched to sabotage their ability to continue their resistance.

This operation will occur in two stages, and will pit a small team of attackers against a larger team of defenders. The attacking team will be required to complete a single primary objective in each stage, with a series of optional secondary objectives which will increase the chances of the attacking team dying, but will also make things easier for them in the second stage.

This operation will require interested members to individually sign up so exact numbers are known. Due to the uneven teams, members can volunteer to stay together, but they will be on the defending team. All other members will be randomly allocated to their team, and then it will be up to those teams to select their own captains. Once captains have been chosen, each captain will be given information on their primary objectives which, for secrecy reasons, have not been included in this brief. Teams can be decided among the members who have signed up if they do not wish for them to be randomly selected, and are fine with potentially not attacking or defending. If this is the case, then they must notify the organiser (TG The Messiah), or post on this announcement thread.

If an attacking team member dies, they can be revived by a medic, if they die without a revive, then they are dead for the remainder of that map. Dead teammates will have the opportunity to return in the form as rescued captives on the second map. In order for the attacking team to count as having been discovered, they must meet one of the following criteria;

1. Be seen by players on the defending team

2. Engage members of the defending team, that leads to the either criteria 1, or the engagement being reported to the other

Rebel forces will not have the ability to respawn if they are killed without the official discovery of the attacking team. There will be a trust system where players who are killed instantly, cannot report the location of the attacking team. The only thing these killed players can say is (I have been killed). It will be up to the leader of the defending team to send out forces to the location of the killed defender to scout the area to find the attackers. Once the attacking team is discovered, then all players on the defending team can respawn at their home base, and they will gain access to more vehicles.

Primary Objective: Proceed through the Dragon Pass on your way to the final objective

Secondary Objective (optional): Locate and destroy enemy intelligence center (prevents the enemy from finding out the attacking teams’ final objective if they are discovered) 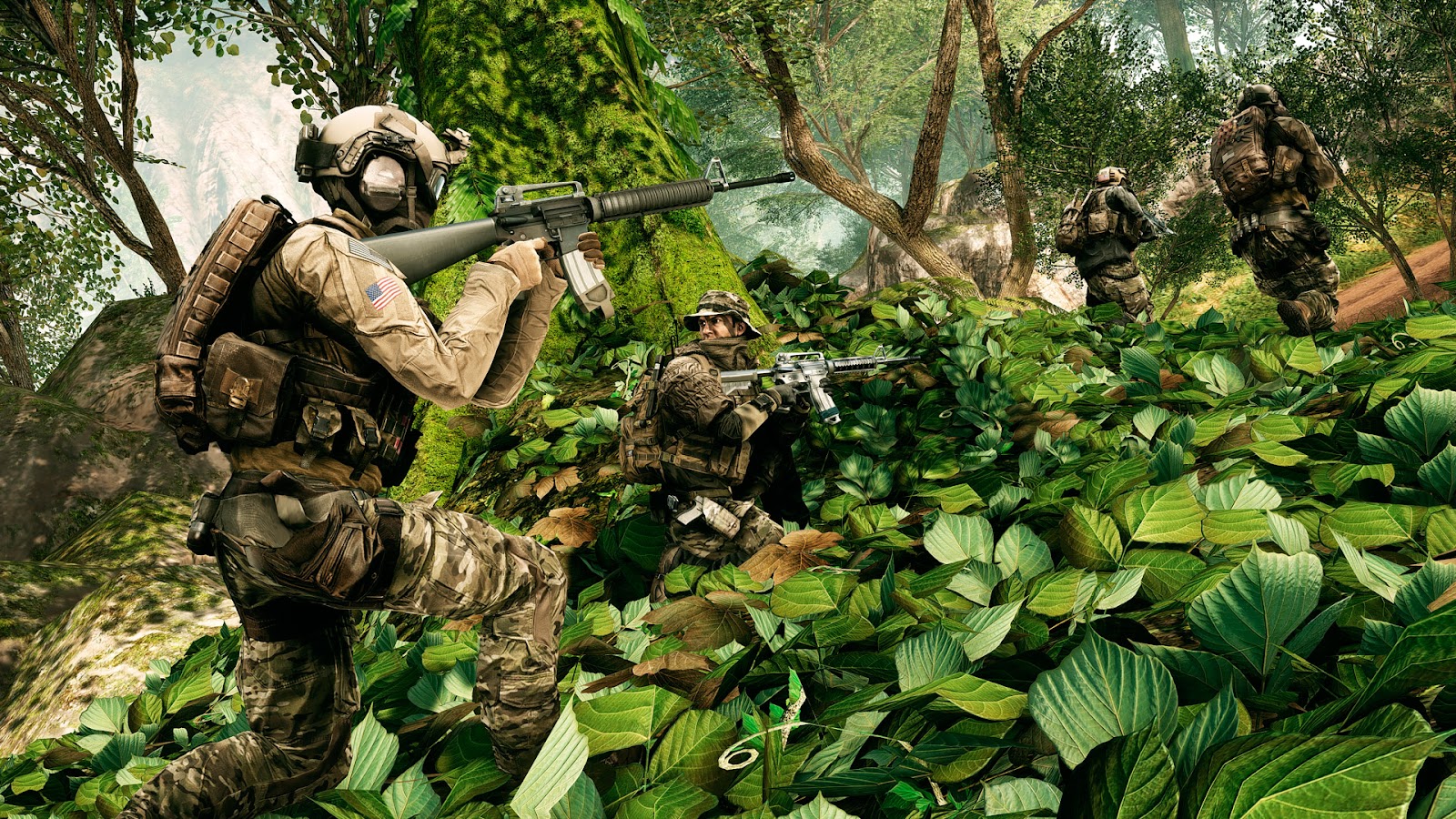 With the attacking team having made it through Dragon Pass without being discovered, they proceed into the valley where the target objective is located. They will be required to pass through the map to the objective and capture it, and hold it for 2 minutes, to simulate the time it would take for the team to place explosives on critical positions. Once they have held it for 2 minutes, they have completed their main objective and have won the operation, however their secondary objective is to fall back to their start location so that they can leave the operation area and get back to safety.

If there are dead teammates from the previous map, then they will have the opportunity to play again in this stage. The attacking team will have been provided information on the location on the captives in the operation area, and they must choose between reaching their objective without being discovered, or choosing to reveal themselves in order to replenish their numbers. Captives must be the same class they were in the first map.

Because the attacking team was discovered by enemy forces while moving through the first sector, the rebel forces have been alerted to the teams presence and have prepared defences. Due to this, they will have access to additional vehicle support to stop the attacking team (unless their fuel dump was destroyed in the first stage), and will also have access to the exact final objective as well as the extraction location (unless their intelligence centre was destroyed in the first stage).

Their objectives and victory requirements have not changed, but positions of friendly captives have been moved further towards the Chinese spawn to reflect tightened security.

There are medals to be won as well:

The start day and time for this amazing operation is Sunday 12th July @ 8PM EST.

There is a lot more information available on the event and to sign up, please click HERE, and it will take you directly to the correct page.

Good luck to everyone who enters this event!