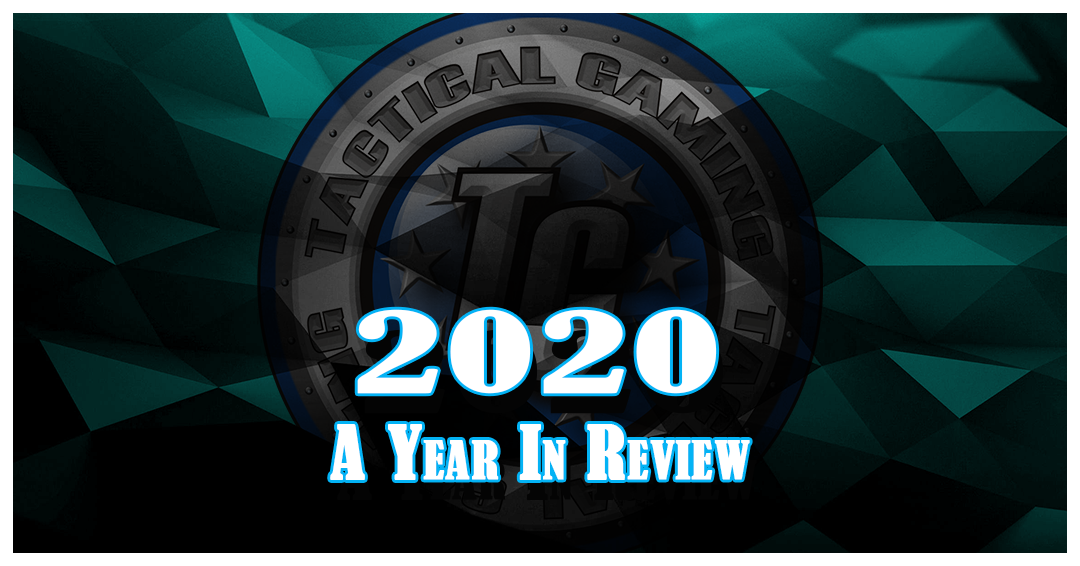 One year ends to allow another to start.  I will highlight some of the biggest events that TG managed to run over the last 12 months.

We started quiet bringing in the new year, we took time to congratulate those who participated in the Make-A-Wish Charity Stream  as well as @Typicalveteran-'s ugly Christmas Jumper Contest in aid of ToWriteloveOnHerArms

In March, as we all know it... lockdown hit and Covid-19 happened. We were trapped in our homes and couldn't go anywhere so we were left with no choice but to binge every Netflix show and play games all day but some...our everyday heroes. We learned to appreciate those providing essential services and as such we extended a small token of our thanks HERE

Apex ran a Tournament called #Subsides4shennanigans  to raise funds for future Apex Tournaments... This was a very big event and we raised over $500 while watching various members of CoC take pies to the face, Ice bucket challenges, grow mustaches and much more!

At the beginning of April, we ran a Charity Stream for the Fred Hutch Research Foundation which was focusing on finding a cure / vaccine for the Virus. Throughout the day we raised just under $200 for the cause.


Also in April, TWC and CoD Division ran a TG wide event - TWC Presents: Warzone Tournament, This ran for a few weeks during the month of April in which multiple teams competed in some big $$$ prizes in Warzone.

In May we had a charity stream for Armed Forces Bikers , a day long streaming event in aid of the UK Veterans Charity who assist veterans or injured service members transition back into civil life.

Destiny Division ran "The Guardian Games"  from the end of April till early May, where members teamed up together to win as many Laurels as they could for some awesome prizes.

Throughout the year we opened up a few divisions and legions:

On May 24th Overwatch celebrated its 4th year in TG by running an event for all its members to celebrate. Each member earned points based on certain game modes / actions they did in  game of for their division.

We had 2 big podcasts come out this year , the first was hosted and co hosted by @TG RoyalRenKu & @RareCosmicPepe  with guests  @HartAttackKidd and @MrTurdTastic  you can view it HERE
and then another one with RoyalRenku, RareCosmicPepe and the CC Typical Veteran - Link HERE - Worth listening to both!

@Senile Sarge and @TG SirMadness started a short TG News Hour Series where we discussed a bunch of gaming and TG topics.  you can watch some of the videos on the TG Youtube Channel  -  Season 2 is on its way!!


This year we had three major Meritorious promotions, for ArmedHyde, Wookchuck and Epsi.  These are special moments, where we celebrate members long dedication and commitment to a position and have gone above and beyond their duties.
@ArmedHyde & @TGxWoodchuck - HERE
@TG Epsi Promoted to the rank of 4 star General - HERE

In September, the TG discord went through some major changes and is now open to the public. Also to note, we achieved a level 3 nitro boost which adds some awesome perks to the server like our own custom discord URL, 1080p streaming and more server emotes.

In October, League of Legends ran a 1v1 tournament on the Twitch Channel in aid of ChildsPlay Charity and raised over $600 which was awesome.

A few weeks later, @MissVendettaXO ran a charity stream for Breast Cancer Research Foundation which TG raised made over $1600 and combined with 2 other communities that ran under our campaign that totaled to around $8000.

To end our glorious year of charity streams, we ran a big event for The USO,  a Veterans Charity in which we raised over $2150 for the amazing cause which was organised by @Senile Sarge - See the ATO HERE


These are some of the big moments, events and achievements TG has produced over the year.
TG has accomplished quite a lot this year, given the year that it has been, TG is still going strong and is only going to get better.
A Massive thank you to everyone who puts in the work and time to make these events happen, to recruit and bring joy and happiness to everyone's lives here in TG

and here's to a Happy New Year