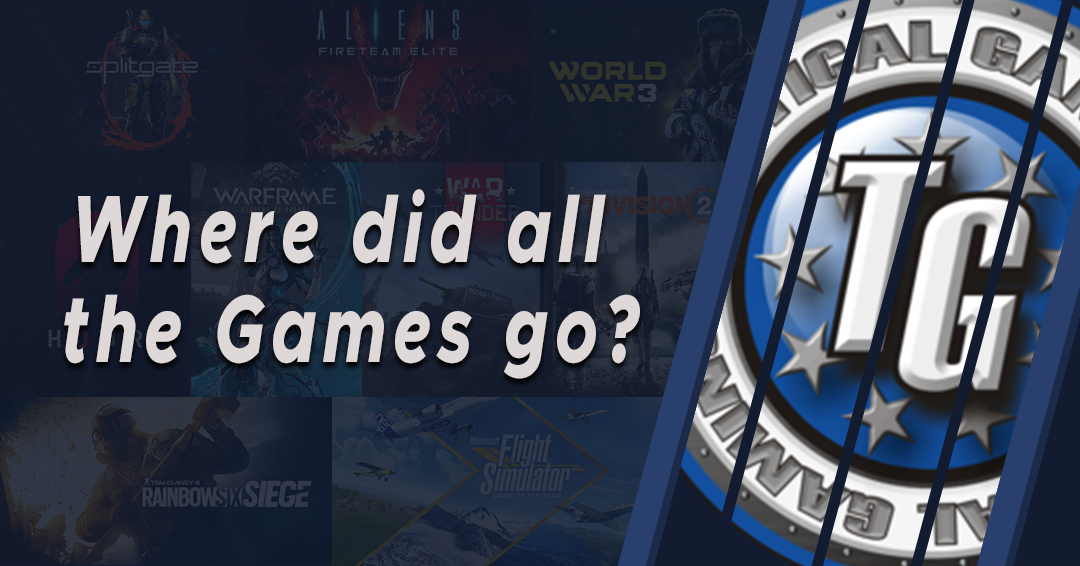 Where did all the Games go?

Within the last year TG made the decision to open TW Vanguard and TA Vanguard. The Vanguards are a place for different games to come to TG, and see if there is enough interest to be able to create a stand alone. Vanguard also allows TG to keep games opened (as long as they have at least one full squad/section), that would have otherwise had to close per previous regulations.

Our Vanguards are actively looking for new games to support. Is there a game that you play outside of TG with some friends, and you think that TG should support it? The requirements to get a game supported are much simpler than they used to be. Get a couple of friends, preferably ones not already in TG, form 75% of the TG requirements for a squad/section, show that there is outside community support (we want every game to grow into its own division), and then apply with the official request in Non-TG Games. After that is completed recruit, recruit, recruit! Vanguard not only wants to support new games, but to grow those games from new members that we bring in.

So, what games will be considered? Any! They don’t have to be new games, they could be old games that are still community supported. Games that we used to support that have had major updates and are now gaining popularity again. Independent games that are still in early access, but they look to have a good player base.

The next step that we are looking into and are rather excited about is Virtual Reality (VR). If you have a VR title that meets the requirements and believe it should have the honor of being TG’s first VR title, then apply for a squad/section. The only thing staff will be looking at is, can we recruit for it, is there community support for it, is there enough player base to push our resources into? Vanguard is here to help develop games into new divisions/legions.

So, you got the game, you got the squad/section, how long do you have to turn it into a division/legion? We have simplified that as well. You have all the time needed. We did away with the three-month timetable, and Vanguard staff will continue to support you and your squad as you grow. As long as you have attendance and a squad, you will have a home in Vanguard. From Battalion/Cohort Staff up, we have dedicated ourselves to Vanguard. We stay in Vanguard and help you prepare for becoming your own division/legion. After your games take off, we will remain behind and continue with the next game, and you and your fellow players will step into the new leadership roles and continue on.

Here are some helpful links that give you more detailed information about how to create a game within our Vanguard Division/Legion:

If you have any questions, please feel free to reach out to @TGxVAPORx, one of our Division Staff members in TW Vanguard.

*This article was written and submitted by @TGxVAPORx.