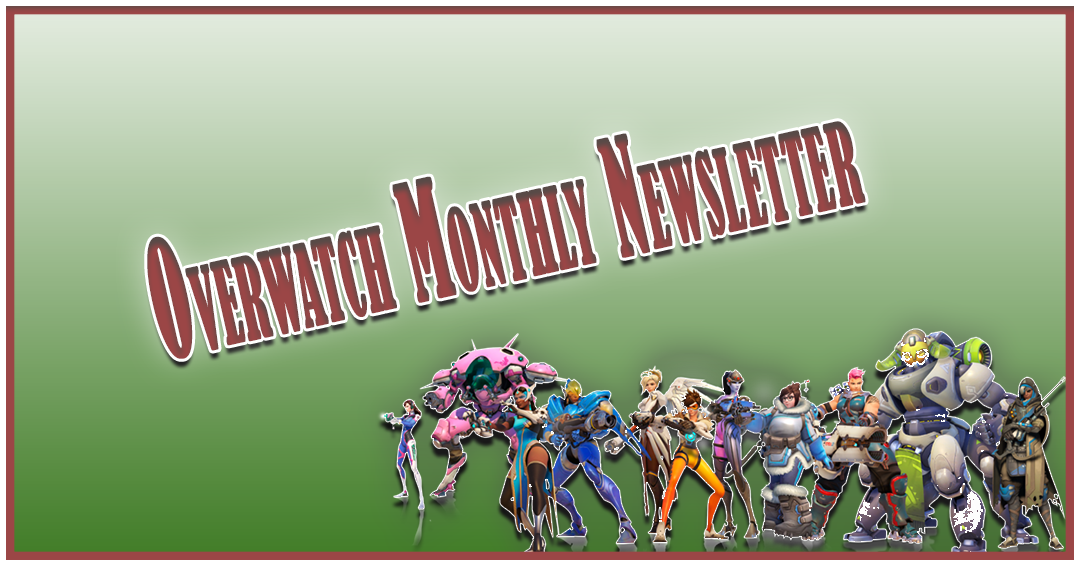 The Overwatch 2 release date still remains uncertain. Many hoped it would be released in February during or right after Blizzconline; however, this seems unrealistic. We are hopeful to at least learn more about it during Blizzconline which is scheduled for February 19th and 20th. There are several contests that you are able to enter (deadlines are quickly approaching) along with more information on the free event here! At this time, there hasn't been any talks about any additional maps or heroes for Overwatch. There will still be minor tweaks like always, but it doesn't look like there will be any major changes to the original game. Overwatch did release their winter event, Winter Wonderland 2020! Be sure to play and gather those lootboxes while you can. This event is scheduled to close on January 5th!

Check out December’s MAR for all of the promotions in rank and positions! Congratulations to all of you!

Demon Squad (CP) is currently 3-1 in their CGL Tournament. There are 5 games left in the current season! Let's go Demon Squad!!!

The following members have reached these milestones as Squad Staff:

Congratulations! Keep up the great work in your squads!

BeattleMania has been the Squad Leader (SL) of Explorer Squad (XB1 1st bat) for 3 years! He has been a dedicated leader to not only his squad, but to the entire XB1 OW Division. He is always willing to help out in anyway that he can. Beattle has been SL in addition to having a full time job and a 3 year old who gets into everything! No matter how crazy his real life gets he continues to find time for his squad!

I, TG HSquared, sat down with him recently and asked him a few questions about his experience here.

Squared: "What made you decide to step up to Squad Staff?"

Beattle: "When our previous SL, TG Dungeoneer, had to step down, he approached me. Even though I was a fairly new member of the squad, and told me he thought I'd make a good leader. So his recommendation and belief in me gave me the confidence to pursue it, and I haven't looked back."

Squared: "I'm so thankful he recommended you, and that you decided to give it a shot! You have been an amazing addition to the SS family!

Squared: "What has been the biggest challenge as Squad Leader of Explorer?"

Beattle: "There hasn't really been any challenges for me; thanks to my great squad, and other squad staff who immediately hop up to help with anything that I need."

Squared: "It is great to see how well you guys really do work together!"

Squared: "What has been the most fun part of being SL?"

Beattle: "The most fun part of being SL for me is getting to foster the skill and talents of the people in my squad. I've seen a lot of members come in as quiet and shy, then in a few short weeks have nearly as much confidence as me! It's times like that when I feel like I'm doing my job as SL to foster their full potential."

Squared: "I remember when you first joined, you were a little on the quieter side, but you quickly broke out of that shell! Now "quiet" and "shy" are not words I'd use to describe ya!

Squared: "Most of your members have been in Explorer for quite some time. How do you get them to stay? Are you paying them??"

Beattle:  "Well, since I myself am not getting paid, they don't either. But here in Explorer we strive for a fun, family environment, and I do what I can to insure that there's no burnout. I try not to take things too seriously, and I think that's really helped bond us together. "

Squared: "You guys definitely have a very fun, family vibe in Explorer! I always have a ball when I join you guys, until you get too many people, and I have to sit out!"

Squared: "What is something that you hope to see more of in the Overwatch Division?"

Beattle: "I'd like to see more interaction amongst the division. Even if it is just chatting on Discord. I feel like  I don't know everyone because we all keep to our little bubbles."

Squared: "I do think this is a great idea! I enjoy seeing people interact with one another and not letting the platform barrier divide us!"

Squared: "Any advice that you'd like to give to fellow SS?"

Beattle: "If I have one piece of advice, it's don't be afraid to ask for help with anything, whether it be from your squad or other SS. You'd be amazed how much easier it is to do this if you have the input from everyone around you."

Squared: "Is there anything else that you'd like to add?"
Beattle: "The only thing I'd like to add is, a thank you to everyone here for all the good times I've had here, and I'm looking forward to even more going forward!"

Squared: "Thanks again Beattle for all of your hard work and support over the last three years! Looking forward to the future with you!"


** All Dates and Times Subject to Change.**

***Any suggestions for the next edition of the newsletter, please feel free to let us know!***