Hello again Tactical Gaming moose checking in for a new series called Flash Forward.  Today we will be exploring some in's and out's of what is currently going on in 2nd Corps and more importantly, I'll be able to share some upcoming news and events which are exciting to say the least!  Helping me today are two very special guests.  Representing the Training Office, AceTheRev0, the current Assistant Trainer for Vanguard Division.  In addition, I had the privilege to sit down with 2nd Corps Commander MissVendettaXO.  Their combined input was pivotal for the success of this article and I appreciate their help greatly.  Now let's get to it!

Over the past years, some here in TG have been very impactful on the missions they are involved in.  MissVendetta and charities are no exception.  I started with this topic because it was clear she is and was passionate about this topic.  MissVendetta is all about community and expanding on that concept.  Charities are one way to help the community come together for a good cause.  MissVendetta told me the following: "I think St. Jude or USO top the list of charities I'd like to organize something for because they are both very renown for what they do. We obviously support the military and we've always had a great time partnering with the USO. As for St. Jude's it is near and dear to my heart, and I know the organization has touched the lives of many in TG."  Before moving on to the next topic, she mentioned that everyone should be on the lookout for another charity event in the October-November time frame. 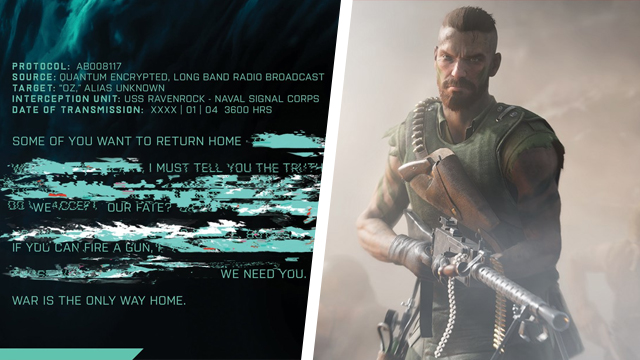 The upcoming release of Battlefield 6 also came up.  There is much hype connected to the release of this game and expectations are high.  MissVendetta indeed agreed that the release will be important and is a great opportunity to help the community grow.  One way for people to get excited about both the game and TG at the same time is to have in-game ATC's.  ATC's. or advanced training courses provide members the opportunity to earn badges and prove their proficiency with certain weapon classes.  As someone who has experience designing, running and participating in ATC's, I can tell you they are some of the best times I've had while in TG.  The current plan is to develop ATC's for BFV so members can have fun with that until BF6 releases.  The BF AT will then be ready to develop in-game courses as soon as the new title releases, if not slightly before.  Hit the ground running is one of the best ways to get a good start!

We briefly discussed some leadership philosophies, expectations and goals.  Lead from the front and don't ask anyone to do something you wouldn't do stood out to me.  She explained that she expected everyone's best shot and wanted her corps to be community orientated.  Some goals she mentioned were things that have always been goals and probably always will be...overall growth and recruitment retention, the latter influencing the former.  This means keeping recruits around for 6+ months.  When members stick around for more than a few months, they quickly learn to understand how awesome this community really is.  Those who quit early don't have the opportunity to realize this lesson.  The PLDC came up, more on that later but she mentioned that APEX Division will be introducing the PLDC.  Exciting to see that coming to APEX Division!  MissVendetta also mentioned that she listens and values others input...she read every survey reply and noted the plethora of suggestions.  This was something I was happy to hear as the future looks bright when people feel like their voice is heard. 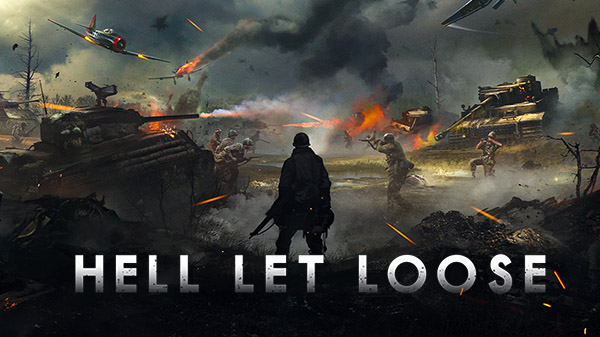 I then asked the 2nd Corps Commander about one of her newest Divisions and an overall TG experiment, the Vanguard Division.  Although in my opinion, better late than never (having the Vanguard concept in TG five years ago would have been a game changer!!!), the concept of this new Division is awesome.  MissVendetta added that: "I think the standout title right now in Vanguard is Hell Let Loose which is a tactical first person shooter based in WW2. The realism that you can create in that game really speaks to TG's foundation. Another interesting title is Outriders which is one of the few coop third person games that I think we've ever supported. It's a beautiful balance between the two, one raising TG's foundation and the other allowing us to see a variation in titles." After a short stint with the game, I can see this awesome title going far in TG with enough recruiting support.  Will a Hell Let Loose recruiting contest be seen in the coming future?  Time will tell but let's hope so.

We ended our conversation with the topic of training.  I asked her about the PLDC that we briefly discussed above.  She went on to say that "The PLDC is called the practical leadership development course for a reason. We can implement the PLDC in various divisions and it gives us another tool in our tool belt when it comes to training our staff. The Training Office has been really stepping up to the plate when it comes to organizing and developing all ATCs. I plan on working with them closely to extend the PLDC to Apex and perhaps to Vanguard in addition. I know Call of Duty just had theirs approved as well."  When I asked her about the support she was receiving from the Training Office, she mentioned that the Vanguard Division Assistant Trainer, AceTheRev0, has been increasingly valuable to her day to day operations and that his contributions were not being overlooked.  When a Corps Commander mentions someone by name I feel that person deserves a mini-shoutout.  I also had a few questions for him so I reached out to AcetheRev and he helped me out.  When I asked him what he was doing to help out, he mentioned that "I'm constantly checking in on everyone, not just at the staff levels but also at the member levels, to see what I can do to help out in any way I can.  As for the importance of my contributions, we really only have one BTN+ Staff member for all of Vanguard, excluding V, so helping out in any capacity is good for the Squad/Staff members, as well as helping out V since she has responsibilities outside of Vanguard she needs to attend to."  My second question was where he saw the Vanguard Division a year from now.  What I heard was a good start...recruiting plans are in place and everyone is ready to get started.  He admitted that executing is the only thing to be done now.  Good luck with the recruiting everyone!

I would like to again thank both of my guests for their help with this article.  It was an honor to open up this series with 2nd Corps and I look forward to coming back in the future for an update.  Remember, we all enjoy a good rewind, but in order to advance, we need to look forward.  Until next time, moose checking out!