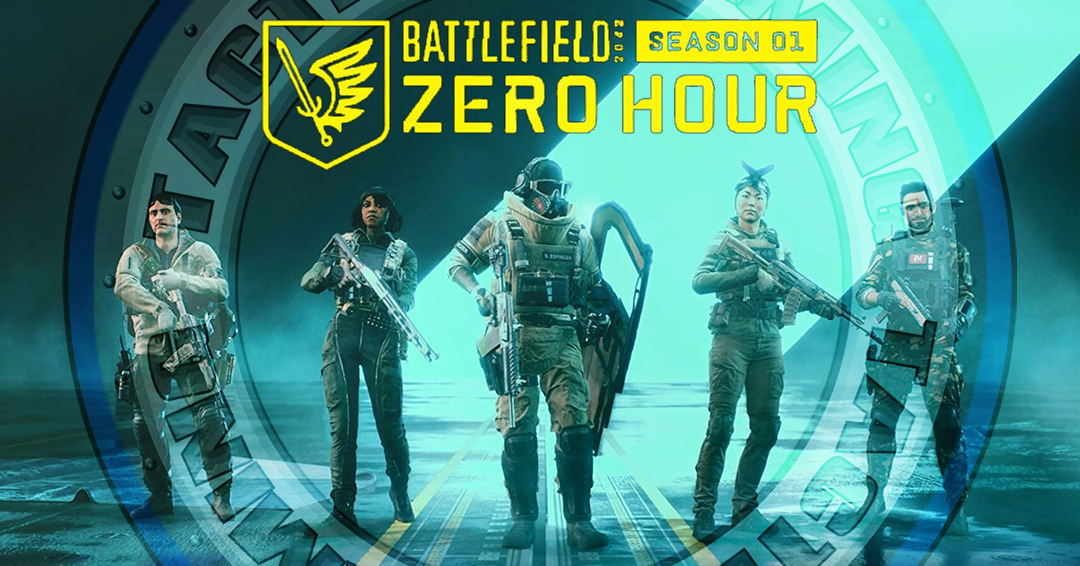 Battlefield 2042 Season One, Zero Hour has been released! Finally, after many long months Season One Battle Pass has been issued. The Battlefield community has certainly suffered some lows waiting for the first season to kick off, time will tell if the opening season quenches their fiery disappointment thus far.  So many goodies to comb through, weapons and vehicles to name just two, but the new map is the star of this show.

EXPOSURE - This new map is large yet has many different points of interests to attempt to please all players. For example, on the outskirts the map has large fields for land vehicles to fight one another. However, they must be careful not to get bombed by the new stealth helicopters. As the player ventures towards the center of the map the mountains, and their never-ending tunnel system, turn into small choke points. It is an infantry battle like no other! As the player drifts to the lower valley section of the map, every option comes into play while utilizing land vehicles, air vehicles and infantry. Although the map is large, it is not overwhelming like some of the previous maps within the 2042 release. The objectives are far enough from one another, yet it is not a life ending marathon to run to the next objective.

This first season has offered the players some new vehicles, weapons, and gadgets. The two new helicopters, RAH 68 Huron and TG-99 Hannibal, should please those players that appreciate flight battle. Both helicopters can utilize stealth mode, which add a new challenge to infantry shooting them down. Except for the new operator, Ewelina Lis, who has a new rocket launcher. The launcher does not lock onto a target, rather the player guides the rocket as it vaults through the air. The new weapons included with Season One are a new rifle, BSV-M DMR, and the R-10 Crossbow. The DMR is best used at midrange, while the crossbow uses light, medium and heavy explosive ammunition. A smoke grenade launcher has also been added to the arsenal. This gadget will be ideal for those who love playing medic and utilizing smoke as cover for a quick revive.

The inaugural season to 2042 is a welcomed installment of the release. The added operator, weapons and especially the new map offer a new perspective for current and future players. If reports are accurate, more changes are to come throughout the summer. But for now, Battlefield 2042 Season One, Zero Hour will have to quail the appetite of the Battlefield community.