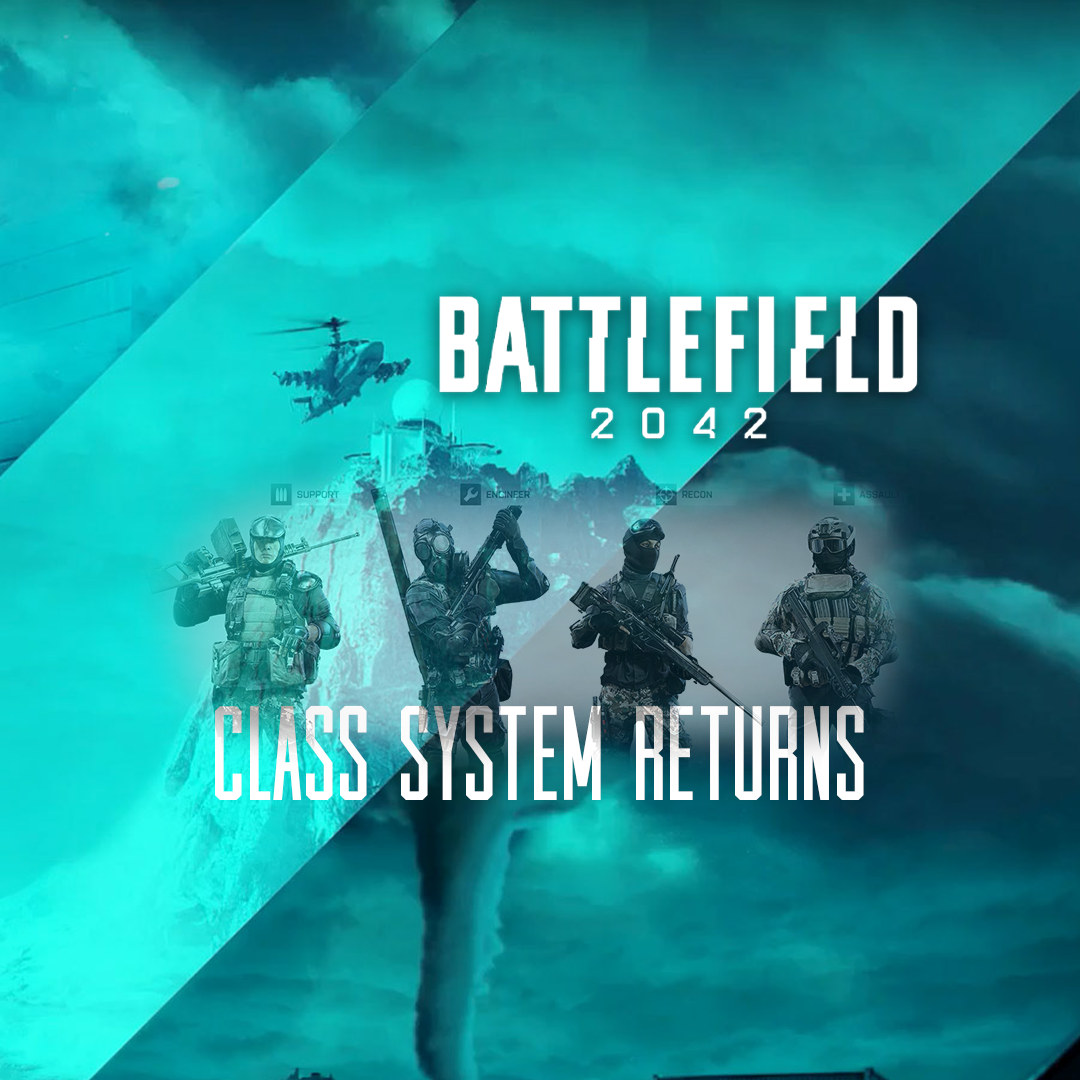 Battlefield 2042, Return of the Class System

Battlefield 2042, Season 2 has now been released with new content, such as new weapons, a new map and map changes and a new operator. However, what is seen by some within the Battlefield community as the biggest change will arrive in Season 3. The developers listened and have finally agreed to return to the classic Battlefield class system. The combination of new content and a return to a form of classic Battlefield squad structure means there might be a light at the end of the tunnel for the game.

Season 2, and its new Battle Pass, will offer players new experiences within the game. The new operator, former MI6 agent Charlie Crawford, specializes in “enemy infiltration and deep cover ops”.  Along with the newest operator new weapons will be launched. Assault rifle AM40, PF51 pistol and Avancys LMG will undoubtably make a distinguishing mark within the game.  Additionally, the creators heard the community and added changes to the maps. The long-standing complaint of “lack of cover” has had an attempted remedy by adding and removing certain POI (points of interest), as well as adding hard cover within travel lanes. These Season 2 additions will hopefully help to lure interested players. But the most significant change was announced and will occur during Season 3…. Class system!

The Battlefield franchise is known for its 4 class systems. The Assault, Engineer, Medic and Recon classes have been a staple of Battlefield play for years. Therefore, the community was shocked to learn that 2042 had removed this aspect, in exchange for operators with specific abilities. But the disappointed cries have been heard and are being addressed by returning an altered version of the class system. Battlefield 2042 will now have the Assault class, Engineer class, Support class and Recon Class. Each class will share certain gadgets, but the operators will maintain their specific ability solely unto them. The return to the class system is a return to traditional Battlefield and will hopefully reengage the traditional Battlefield players, because the game is far from being popular as is.

Season 2 does offer new content and map changes to entice the player base to return. The question is, is it too late? Time will tell. But until the final conclusion is made about the lifespan of Battlefield 2042 current players will have some fun playing new characters, using new weapons and battling on new and improved maps, all the while waiting for the return to class!