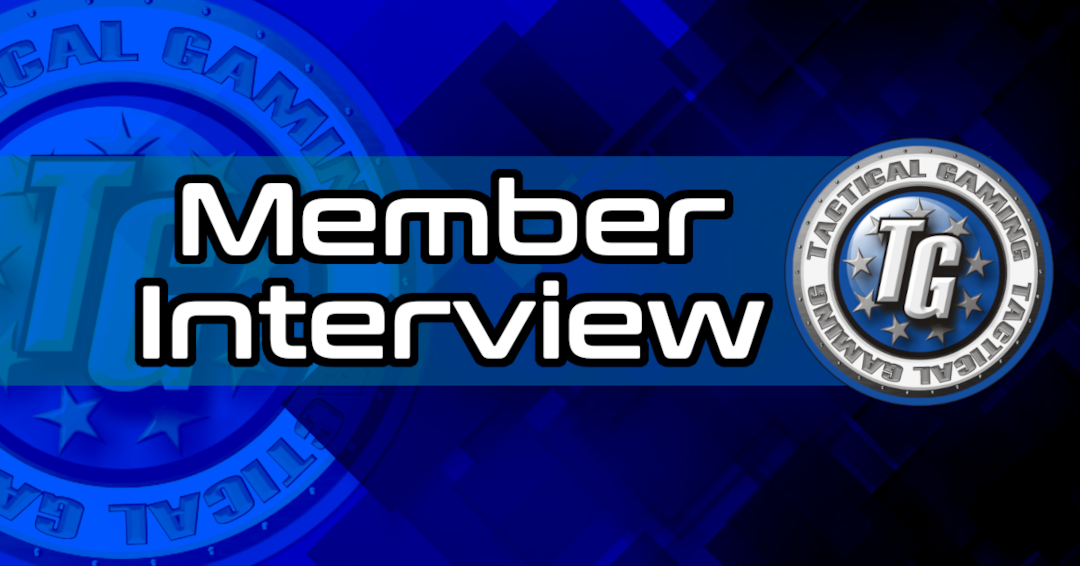 A Decade in TG

For many of us, we join a gaming community with the hopes of being in a central place to enjoy video games with new people, hearing their stories and making new friends.

Some don't make it a year due to multiple reasons, and even fewer make it 5 years at least here in TG.

Today, I bring an exclusive interview with a member who had recently achieved their 10 Year Millstone here within our very own walls.

@ItzBeeDee Formally known as TG Unggoy, was a young, enthusiastic individual who was brought onto our rosters and become part of the pillars on which this community defines itself.

I had the pleasure of asking him a few questions, here is how it went.

1) - When and who recruited you into TG and why did you join? I still remember the day Jackonen recruited me like it was yesterday. Little 14 year old me was casually playing some Halo Reach, and if I remember correctly it was Invasion on the map Spire. Afterwards I got a recruitment message from Jackonen, and I was instantly sold.

2) - What did you think of the community 10 years ago when you first joined?

It was pretty imposing at first for little 14 year old me because of the bootcamp, military ranks, the whole CoC structure, all the (voice) rules, etc. TG was far larger back then as well so seeing dozens of filled squads initially made me feel rather small and insignificant, but all the members and squad staff I met were very welcoming and I quickly felt at home.

3) - What changes have impacted you the most?

I wouldn't necessarily say "impacted", but two changes I felt were for the better for TG were the change from Tactical Sports into Tactical Adventures and the addition of the Vanguard division. TA allowed a far wider variety of games to become supported by TG, while the Vanguard division made it easier for games to either work on becoming new divisions or for old divisions stay within TG when their member count would drop. I feel those changes should have been made long ago as numerous divisions have been closed in the past while they still had a small group of dedicated members, because they were "too small" at the time. This unfortunately led to a large portion of the members of such divisions to leave TG entirely. I'm glad there's more room to work with now.

I'd wish for two very different things to return. First of, there used to be a position within TG called the "Forum Contributor". This was for members who most often had no time to attend practises but still wanted to feel part of the group and engage in forum activities. I've even been a Forum Contributor for nearly half a year at one point because I started studying and just couldn't make practise times, but still wanted to keep up with TG when I did have some spare time outside of practises. I don't remember the reason that was given for the removal of the position, but I always felt it was a good way for busy members to still feel part of the community and consequently provide more incentive for wanting to return when they do have more time.

The second thing would be TG-wide activities. I always enjoyed the big activities such as retro-game night where we'd get to meet and play with members from other divisions, and also a lot of the higher CoC. With the newly released Halo Infinite being free-to-play and cross-platform on PC and Xbox, I'm sure we could arrange something. I'd love to take on a team of Biggy, Hobo, Vet and Epsi

5) - Is there anything in TG you not yet done and would like to try out?

Having been around for over a decade now, I've also had plenty of time to fill various positions. I've gone from Squad Member all the way up to Division Officer, spent years as Assistant Trainer for various divisions, worked as mentor and ATC instructor, worked for the News Team a couple times and even ran a class for the TLDC once. Position-wise there isn't much more I would want to do, but I'd love to bring back the Competitive Squad Fallout to Halo division and be part of that, actively taking part in competitions.

Without a doubt the people. Since day 1 I've made numerous friends here, some of which I still actively play games with (within TG) to this day. I hope to maintain those contacts far into the future.

Thank you! Thank you Jackonen for recruiting me 10 years ago. Thank you to all the friends I've made throughout all these 10 years, even though we may not speak as often anymore. Thank you TG Biggy for creating TG and letting me be a part of this community's history, even though we've barely spoken in all those 10 years. Thank you to every single member, new and old, for making TG what it is today. I hope you all will enjoy your time here as much as I have. See you on the battlefield

We love to hear those individuals stories they have endured here within this community. We thrive on providing to you all, giving back what you give to those who organise various events. The joy we all felt playing in organised competitions, various tournaments and fun fill throw back nights.

Thank you Unngoy for telling your story, and we wish you many further amazing years here within this great community.