This Spotlight goes out to @TW Turtle55555  A very long standing members with over 11 years under his belt.  Turtle has been in many divisions throughout his Career from Battlefield, Fortnite, Division to Halo.

Now gentlemen the website and history available to me at the moment is slightly limited due to the overhauls and upgrades over the years so lets start at the beginning. Would you mind introducing yourselves and letting us all know what games you were playing when you first joined up? And while within the community what other games and positions have you held within the organization?

My name is TW Turtle55555 and I joined TW to play Halo. I have served as a CS SA, CS SL, HTIA, IS SL, XO, CO, BGC and DO. As far as other games I have had a checkered past with games from FarCry2, Brink, Halo Wars, Battlefield, Fortnite, World of Tanks, World of Warships, The Division and probably a couple of others. I am attracted to new ideas that sometimes just don't have large enough communities or don't have the game infrastructure to support our clan style.

How did you end up joining tactical gaming in the first place and what was it like here for you to be here over the years seeing the community grow and evolve?

I joined TW because I was tired of playing Halo with other players who didn't have a mic or just screamed and yelled. I wanted to communicate with my teammates to dominate the opposition.

During your tenure with the community you must have seen and heard just about everything but if you were to pick out the one defining moment, that one point which stuck with you? The point that made you stick with tactical gaming and want to see where it went from there what would it be?

I guess the one defining moment was probably early in the days of Halo. DblDeathDealer was my squad leader and he used to run these huge multiple player weekend events. One was to create a recruiting video for all of TW not just Halo Division. I got to drive the warthog around while he "Took video" of clowns rocketing each others or falling out of high places and all sorts of goofy stuff. When all was said and done and the video was published and it was done so well I felt like I had been a big part of it and I was here to stay. 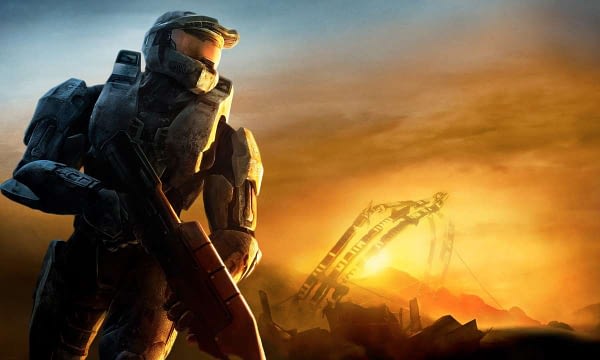 Now although these interviews are to celebrate our tactical gaming veterans and the success of our community over 15 years we don’t have to be too serious here. What is the funniest moment, story or series of events that has happened to you while in tactical gaming?

The funniest thing that happened wasn't so funny at the time but it is now. I guess about 7 years ago a member of the COC got disgruntled and before quitting TW started Dishcarging every member of the COC he could find. By the time he was found and caught there was hardly any COC left. I remember trying to log on and I couldn't. All my PMs and medals and history was gone. Looking back that clown went out with a bang even if it was a poor way to leave. I'm guessing when I leave, my wife will log in one day and post, yeah Turtle died so he is checking out.

What was it like gaming with the clan in the beginning and how would you compare that to the way our members and the online community in general play and compete today?

I think back in the day we were more serious about our gaming (I know there are some still but I mean in general accross all members). I can remember Biggy coming in a lobby on a Saturday night when a bunch of us were just messing around and he'd set fire teams and direct the entire match and we all just fell in line with it, spanked the other team and moved on. With all the paperwork and mandatory meetings today people don't want to associate with TW during their off practice hours. Back in the day every TW member online was a potential teammate for at least a couple hours. Today everyone is in their own party showing offline.

Thank you Turtle55555 for being apart of TG history and keep up the great work you continue to do everyday!