This Spotlight goes out to @TW MAC Tactical gaming was established 15 years ago and Mac you have been with us for over 11 years and have spent a staggering amount of time dedicated to the Battlefield Division, becoming one of the few and in recorded history among the 1st, The Eilte Chief Warrant Officers exceeding over 8000 ATS points to earn.

Would you mind introducing yourselves and letting us all know what games you were playing when you first joined up? And while within the community what other games and positions have you held within the organization?

I'm TW MAC. I am a high school chemistry teacher, husband, and father of 3 girls most of the times except for Sunday and Wednesday nights. I don't really remember what game that I joined in, but it appears to be Call of Duty according to my dossier. Most of my time has been jumping back and forth with the Battlefields and CoDs.  I have spent most of my time at SL or below. Currently, I am very content to be a role player as a SM.

How did you end up joining tactical gaming in the first place and what was it like here for you to be here over the years seeing the community grow and evolve?

I was recruited by Biggie back in the day. We were playing in a lobby together and I had mentioned how much I appreciated his callouts and working together with him in our messages. Of course, he had a mic on and I wanted to know how to do that he said that they have a website and it explains how you can be a part if you would like. I remember reading through, seeing the expectations for practice and the type of discipline involved and thinking.... I can commit to that.  The Intro squad was intimidating to me and I loved every minute of it. There was such a feeling of accomplishment for me to graduate and move on to a permanent squad. 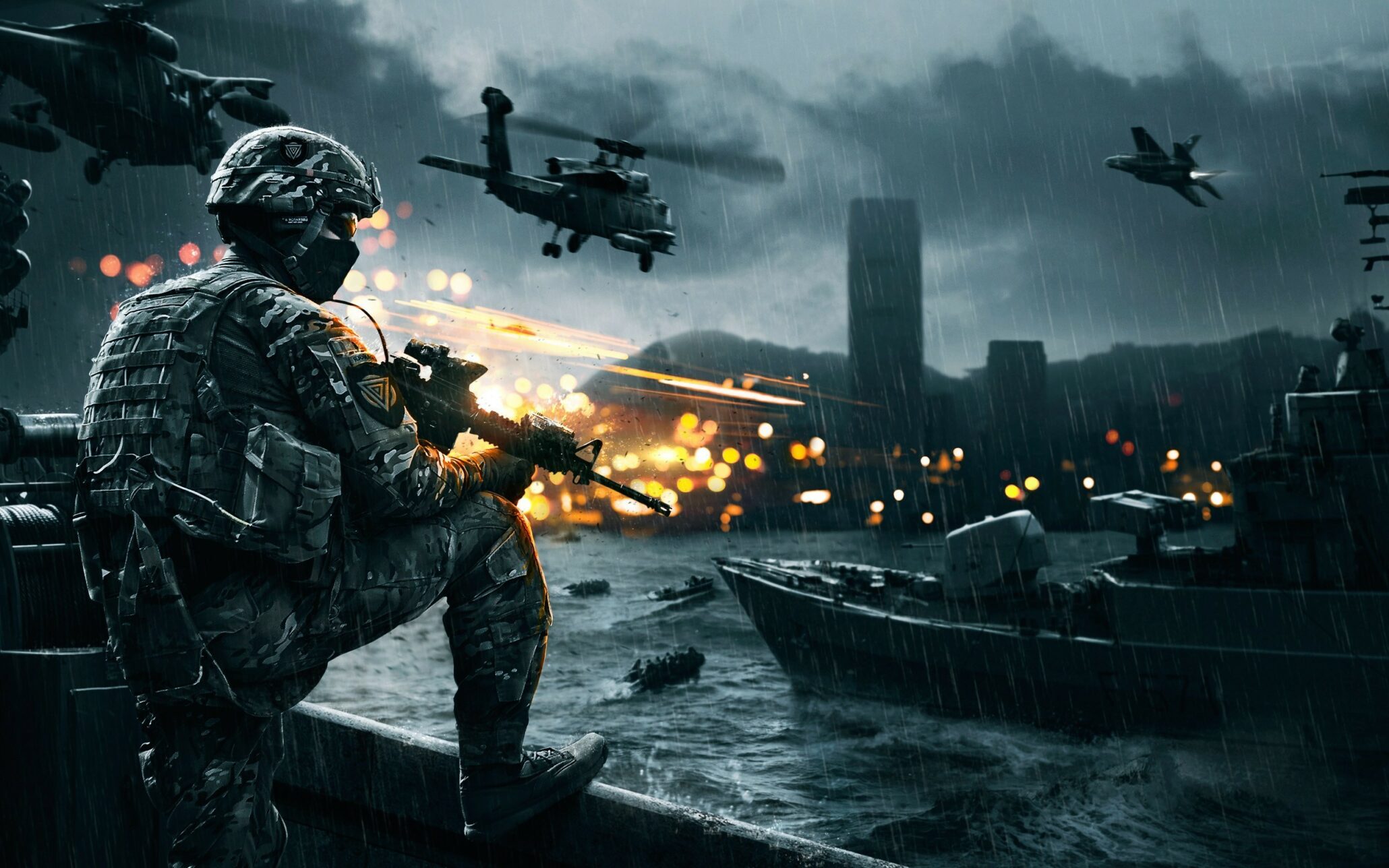 During your tenure with the community you must have seen and heard just about everything but if you were to pick out the one defining moment, that one point which stuck with you? The point that made you stick with tactical gaming and want to see where it went from there what would it be?

It was in one of the early Battlefield games where DoubleDeathDealer was commanding multiple squads when I remember seeing how our squad would need to get to a certain point in order to support another squad and I remember him saying this needs to be done now. If I give you an order, you need to do it immediately. If I want you to do it later, I would have told you later. That was when I really appreciated a more coordinated strategy to playing.

Now although these interviews are to celebrate our tactical gaming veterans and the success of our community over 15 years we don’t have to be too serious here. What is the funniest moment, story or series of events that has happened to you while in tactical gaming?

This is a story that I share with my students still today when I want to let them know that there is always a reaction for actions.  My squad was getting smashed in a Call of Duty match by a player that insisted on trolling our team and how obviously garbage our squad tactics were... and in much more non-TG approved colorful language tearing apart each of us. After about the 3rd match of this, we are getting pretty mad.  He was really taking it to us pretty hard. While he telling us all about things he was going to do to our mothers, his momma comes into the room and says, "Are you talking like that to those boys on the internet?"

He says, "Shut Up, momma!" and goes back to insulting our gameplay.

Next thing we hear is the door open up and we can hear, "No boy of mine is going to talk like that to their momma or the internet boys like that!"

The next moment I should not be proud to share what happened because it was the loudest and most savage beating that I have heard over a microphone followed up by tears and this player yelling, "No momma, No!

After she was done. She told him to apologize to the internet boys which he did while crying.

I think we had all muted our mics at the same time to fully appreciate this most satisfying moment of a lifetime together.

What was it like gaming with the clan in the beginning and how would you compare that to the way our members and the online community in general play and compete today?

Gaming in a small community originally was interesting because you knew everybody.  Nobody was toxic and followed procedures or you would never get past boot camp. I have not thought much about Intro squad for a while, but I would guess we are not too far from that idea today as well. I believe that TG stands for code of ethics that is worth believing in. If you want to be surrounded by like-minded gamers and you are already here.... you know exactly what I mean.

Thank you TW MAC for being apart of TG history and keep up the great work you continue to do everyday!