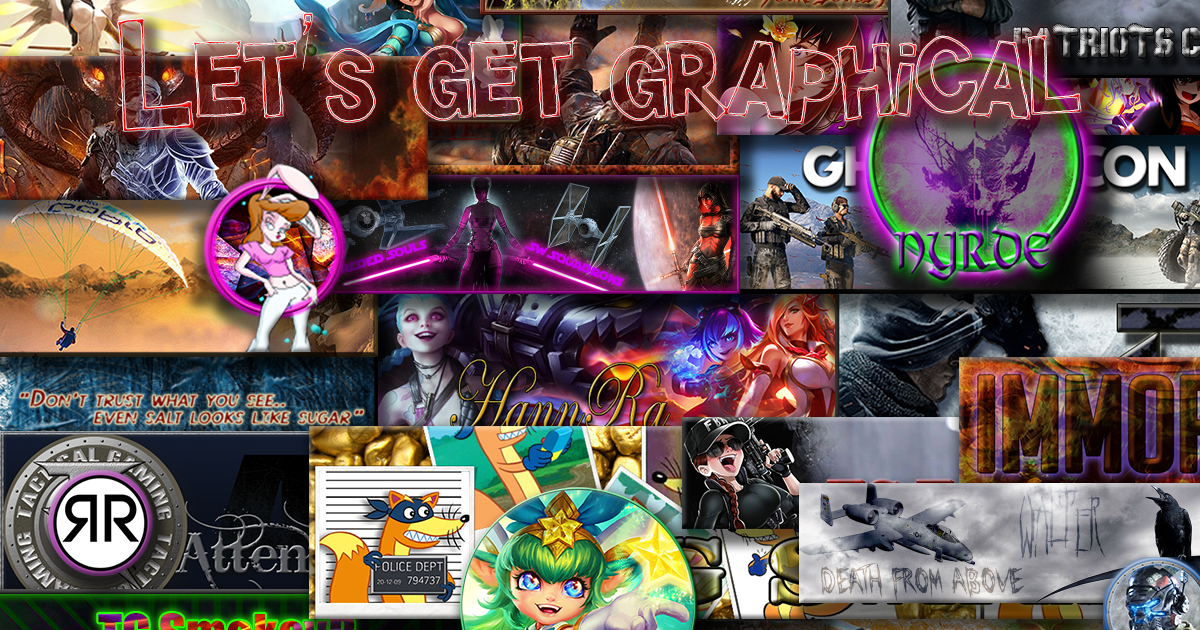 Let's get graphical with the Digital Media Team!

The Digital Media Team (DMT) does a lot for our community.  From the medals you are awarded to the buttons you push, every image on this site has been worked on by the DMT.  Have you noticed that some members have nice, well-designed signatures and avatars when they post on the site?  Would you like one of those signatures, but don’t know where to start?  Well good news, the DMT is available and taking requests now!

The process is fairly simple and straight forward.  By heading over to digital media requests, you can fill out the form to get rolling on a brand-new graphic for you to use.  Most TG members will get use out of the “profile graphics” request, but Squad Staff also have the benefit of being able to request PPR/PB graphics and there are even specialty requests for Youtube, Twitch, and social media sites.

Speaking with TG BulletDrop, I was able to get some insight into the process.  Once the request form is filled out the DMT will pick up the project within 48 hours, and a DMT member will then have another 48 hours to deliver a draft version of the project for review.  At this point you would be able to request any changes to be made before the final draft is delivered to you.  However, due to a dry period the DMT are usually able to complete the initial draft within a day of posting the request (depending on the complexity of course).  This means if you requested a graphic today, you could have it ready to go before your next practice!

The DMT would like to extend an invitation to all TG members to reach out and request a graphic as availability is high right now.  They take pride in their work and want to deliver a quality product.  The Digital Media Team Leader, TG BulletDrop, said on the topic “I just want to make sure that everyone feels welcome to request a signature…but maybe not everyone all at once.  Haha!”

If you’re interested in requesting a custom graphic head over to the Digital Media Requests page here!