To all who shall see these presents, greeting:
Know Ye, that reposing special trust and confidence in the fidelity and abilities of

have been awarded one instance of the Leadership Award Medal

TWC Tournament: Warzone and ran with it. They worked so diligently at ensuring that the tournament

was prepared in the most neutral way as possible to make the event fair to everyone that participated.

"The Call Of Duty Division Presents:"

TG Mitchell and TG Amp truly deserve all of the credit for organizing and managing this tournament.

have been awarded one instance of the Outstanding Volunteer Award 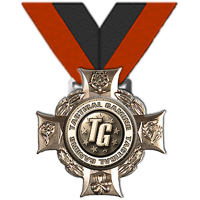 tournament. Each staff member did everything that they were able to do to ensure a successful event.

TWC would like to show our appreciation for their hard work including but not limited to organizing the event,

preparing educational documents for those that never played Warzone, Establishing rules and complex scoring for

the event, advertising the event, and most of all obtaining and designing the prizes for the event.

Thanks for your hard work and willingness to help with the event.

have been awarded one instance of the Outstanding Contributor Award 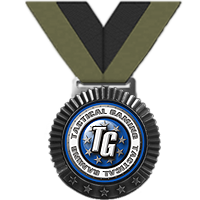 TG Mitchell and TG Amp decided that they wanted to donate cash prizes and raffle gifts for all of the tournament.

teams of the tournament. This award is a small token of TG's appreciation of your donations to this event.

Given under our hand at Tactical Warfare Command on this 3rd day of May, Two Thousand and Twenty.