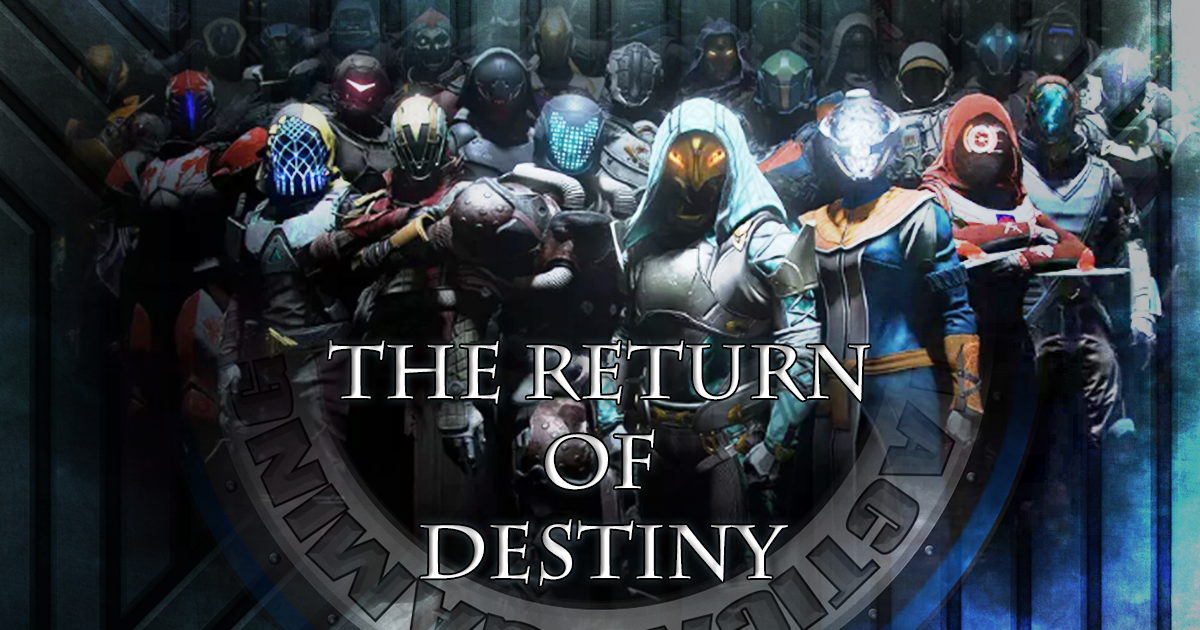 After a steady quick rise from the brink of almost closing, Tactical Gaming is proud to announce the opening of the Destiny Division with three full squads*, staff that are passionate about the community and the drive to continue growing. Destiny re-emerged as a division after seven weeks within the Vanguard Division and quickly grew from one squad to three full squads making it one of the fastest division to enter and leave Vanguard in TG history and the first division to open with a Competitive Squad whom places within the top 7% of all players within Trials of Osiris, The Third Spire (CP).

The launch of the new Witch Queen expansion plus the tenacity and charm of Destiny’s membership base within TG fueled this rapid growth with an emphasis on recruiting allowing the squads to teach new activities to members in classic Destiny fashion with a TG twist. The commitment of members and staff to participate in and host gaming events almost every night set Destiny on a path it has never been on in the two other times before Destiny was a fully-fledged Division. The Witch Queen expansion brought the Destiny player base back to Destiny with fire in their eyes experiencing the story of Savathûn, the Witch Queen and exploring the story of the Darkness. Many of Destiny’s player base throughly enjoy the lore of the game and Bungie’s decision to focus on storytelling made this expansion one of the best expansions in the history of Destiny. TG was able to capitalize on this by opening Destiny in Vanguard at the release of this game changing expansion allowing for limitless growth for the new division.

Destiny as a division has been around in some shape or form, first opening in 2014 with the release of Destiny, a game changing title that sparked the curiosity of the Destiny universe and the Light vs Dark saga story within the game. Destiny closed shortly afterwards with the shortcomings of the game during the Dark Below expansion due to lack of interest. Destiny 2 Division reopened in 2017 with a strong roar climbing to being one of the largest divisions in TG at one point in time due to the interest in the game, especially after the release of the Forsaken expansion. Destiny then closed during the beginning of 2022 and was moved to Vanguard on life support about to face closure. Dedicated members who took on the challenge hit the streets afterwards spent March, April and now May to meet their dream, a Destiny Division once more.

Destiny has a history of competitiveness like other Divisions with several squads in the past achieving World’s First raid completions with high marks, with one team placing as 5th out of 130,000 teams in Leviathan: Eater of Worlds Raid Race completion as well as three teams placing in the top 10% of all players in the raid race for Crown of Sorrows. Destiny Division is looking to continue this time honored tradition by aggressively participating in many more raid races and accomplishments in Trials of Osiris.

The Third Spire (CP), as previously mentioned, has placed in the top 7% of all players within Trials and has ambitions to become legend by continuing to shatter records and set new TG records, a Destiny first. Sol Divisive (CO-OP) has ambitions to shatter records and fill the shoes of their predecessors by continuing to work towards training their tactics and shattering the records set by the members of the previous Destiny Division by participating and finishing top of the spectrum in future raid races.

What staff said about the Vanguard experience, reopening and the future of Destiny:

@Neuromancer, Third Spire (CP) SL: “I feel elated to reincarnate Destiny 2 and to return it to its former state and beyond. A second chance to infuse all of the experience and work from the beginnings of TG until now into a focused effort is an amazing opportunity. “

@wolfishhalfling, Sol Divisive (CO-OP) SA: “Being in the TG Vanguard was a very welcoming experience, it was nice to have a little space carved out in the clan for Destiny players to help foster a community of fellow enthusiasts, but it felt like we were missing some potential. With the opening of the Destiny Division I feel like that missing potential is well within reach. With our additional tools and momentum I am confidant that we will be able to grow this community into a titan of positive vibes, strong sense of community, and world-class gameplay.”

@Sparx, Sol Divisive (CO-OP) SL: “Being in the former Destiny 2 Division, I learned a lot in my experiences from SM to BGC which I carry into the new incarnation of Destiny. Mikepaluso and his team at Vanguard were amazing people to work with as we worked diligently to rebuild the Destiny Division from one to many. I’ll admit, the opening of the Division was something we celebrated with fist bumps and a ton of high energy. Destiny renewed has a lot of ambitions and we will not stop. We have plans to continue our stellar growth, forge new friendships and take this Division to the top. With our amazing leadership team here at Destiny, anything is possible and I look forward to what we can accomplish together as a community.”

Hey there, my name is Nebula and I am the House of Wolves (IN) squad SL!

After joining back to TG after my 2 year disappearance I was sorely surprised to notice that the Destiny Division had disappeared. Shortly after learning this I was told how it had moved to the Vanguard division and needed to be rebuilt again. So arm in arm with my fellow squad staff (and cheers from the CoS) we built up the division again till it finally graduated to be a full on division again!!!

My experience in the Vanguard Division was very positive. For the most part we did not have any battalion staff, but that didn’t halt our progress. We were very lucky and fortunate to have the blessing of MikePaluso (the DO) and TypicalVeteran (the CoS) to help us along when we needed it due to our lack of batt staff. Overall being in Vanguard has taught me the importance and sanctity of building your own division and watching it grow legs and support itself.

On the graduation note, I am overjoyed about graduating from Vanguard! I enjoyed the stint we had there, but we had to take our loyal members and spread our wings.


What does the future of destiny look like to me… I want with all my heart that it will succeed and pass its predecessor but i know we will certainly have some bumps on the way. It’s just how we keep together as a division going through the bumps that will show how great we will be.”

*As of the posting of this article, Destiny opened its fourth squad, one day after it opened as a Division.