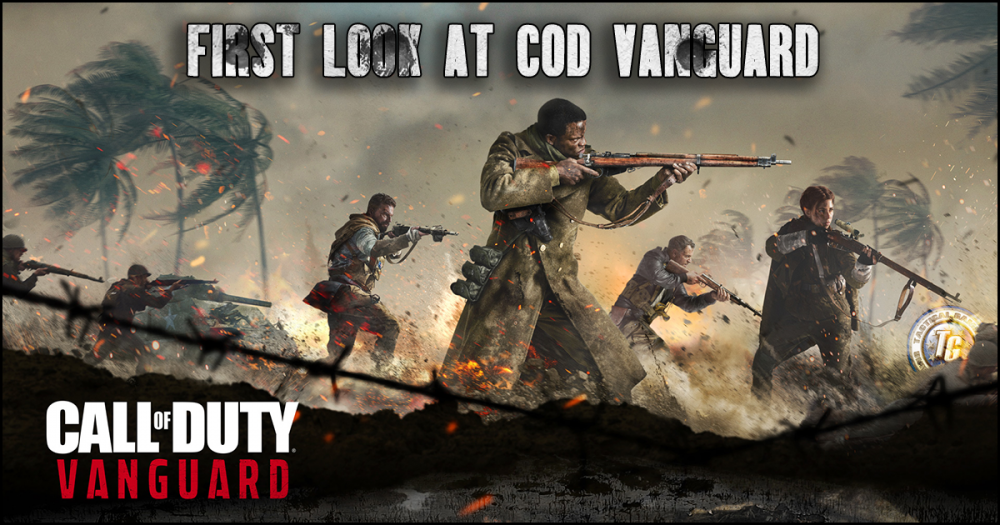 CoD Vanguard is expected to be released on November 5th. After many bugs and headaches from CoD Black Ops Cold War, many of our members cannot wait for a new title! CoD Vanguard is set in the WWII era where you will become a Special Forces Operator. At launch there is supposed to be twenty maps available compared to when Cold War was released with only eight. In terms of the different game modes, there will be the same game types that we have seen in Cold War.

Recently, PlayStation gamers were able to participate in the CoD Vanguard Alpha release. I spoke with some of them to see what they thought of this first look at the game.

Squared: Now that you have had some time to play the new title, what is your impression of the game so far?

@enemy__17: I have a pretty good impression of this game, but it does need a few tweaks.

@LordOli: I think the game has great potential. Gun play is definitely interesting and I like the movement which is just like Modern Warfare 2019.

@Aizus: Alright, although the mechanics felt weird after playing Cold War for the last year.

Squared:  I'm excited to hear that overall your impression is a positive one! Hopefully, after the Beta released your impressions will be even better! I know there are a lot of complaints about Cold War due to different bugs and issues with the game.  Have you experienced any problems with the game so far that you hope are fixed before the game is released in November?

@enemy__17: I can hear my teammates footsteps, but not my enemies. Too much irrelevant noises push through during the battle. Current Champion Hill maps are kind of campy, and easy spawn kills happen a lot. Personally I don't like the gunfire sound effect also.
@Cane: No real bugs just Champion of the Hill is sorta camperish.
@LordOli: Lots of sound and visibility issues mostly. It is very difficult to hear footsteps and when you hear gunshots, they are way louder than anything else which makes it very hard to play. As for visibility, when you get damaged it is very very hard to see anything.
@Aizus: Broken spawn system

Squared: I hope they fix the sounds and visibility problems; those seem to be pretty major hinderances for gameplay. Over the last eighteen years CoD has released numerous games, how do you feel that CoD Vanguard compares to other CoD titles that you have played?
@enemy__17: Vanguard compares mostly to WW2 imo with movement, but it looks more like MW19 which I like.
@Cane: It’s movement is similar to MW2019, but guns and recoil similar to WWII.

@LordOli: It feels and looks exactly like Modern Warfare 2019 but with a WW2 touch.

@Aizus: I can't give a definitive answer until I've played S&D.

Squared: Sounds like you all agree that it is most like Modern Warfare 2019 and WWII! I know the Alpha was only a limited release, but what has been your favorite part of the game thus far?
@enemy__17: The BAR

@Cane: Favorite part of alpha was just being able to test the game out and enjoy something different.

@LordOli: My favourite part has been to actually feel the same mechanics of MW, and the gunplay was actually really fun. I think moving around and gunning people down with the STG was really enjoyable.
@Aizus: Getting a feel for Vanguard and what's to come with the next installment.

Squared: Glad to hear you guys just enjoyed playing the game overall and being able to use the different guns. Last question, on a scale of 1-10 how would you rate CoD Vanguard so far? 1 being you hated it, and 10 being it was the best game ever!

@LordOli: As it is in the Alpha state, I would give it a 5/10 because of the bugs and issues, but I’m sure that with improvements it can easily get to 8/10.
@Aizus: About a 7. I don't see Champion Hill being a popular game mode.

Here is a short clip from @LordOli playing CoD Vanguard:

Thank you @enemy__17, @Cane, @LordOli, and @Aizus for taking the time to give your feedback on the game!


Well there you have it! Overall pretty positive review of the new CoD Vanguard. Over the next few weeks, we should see the beta release after which we will check back in to see how much has changed, and what the overall opinion of the game is. If you'd like to receive early access the open beta release go here to pre-order your copy of the game!