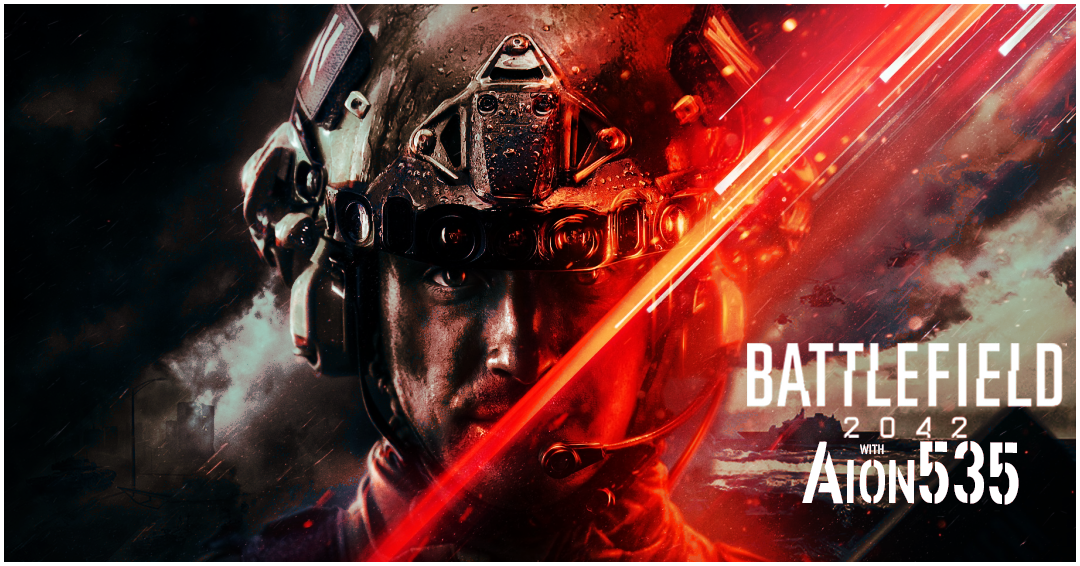 Battlefield 2042 is the newest addition to the already 17th-issue Battlefield franchise and is set to be in near future of Earth, featuring various futuristic gadgets, weapons as well as drones and other vehicles. It will also introduce a new "Plus" system, that is going to let players customize their weapons with various attachments while in the heat of battle. The class system also got majorly changed and for some parts completely reworked, with one class having a wingsuit and the other being equipped by a healing pistol, for example

The whole environment got a significant level-up too, taking inspiration from Battlefield 4, be it sandstorms, tornadoes or just overall extreme weather conditions. It will also be released with 7 maps total, as opposed to its predecessor, Battlefield V, of 8 maps total and 1 more introduced soon after. You can definitely be excited about the game's three main gameplay modes, though. All-Out Warfare along the two of the already well-known modes, Conquest and Breakthrough

The thing one can be sure to be cheerful about is the new community-driven medium named "Battlefield Portal", which will mainly focus on the entertainment aspect with its creators being the people behind balancing it out. It is going to allow players to fully customize the experience to their liking, with different maps and weapons from past Battlefield games, with the addition of being able to modify some elements like health and loadouts. Lastly, there is also a pretty unique take on the Battle Royale genre - it is going to be filled with different AI troops, and will overall be much more based on objective rather than "just" shooting

And all that with astounding matches of 128 players each for PC, PS5, Xbox Series X and S - the prior generations, Xbox One and PS4 will however have a cap of 64 players

As I'm not nearly as familiar with the Battlefield franchise as some of you may be to share my thoughts about the upcoming Battlefield game, I brought Aion535 here to help me cover this too

Are you excited about Battlefield 2042?

Aion: I am! I'm happy that the BF franchise is returning to the future era, it provides for a much greater variety of weapons, gadgets and vehicles in contrast of what the historical First Person Shooters may offer. Not to mention that it will be refreshing due to the previous handful of games from the series were focused on the World Wars or modern day eras

What do you think about the news saying there will be no campaign included?
Aion: I think creating a story for a modern day shooter is way more problematic when you have major world powers in it fighting against each other - for example in BF4, where you had Chinese forces against the American ones, causing a couple of issues. Since BF 2042 will be multiplayer only, I think the premise will be way less important than if there was a singleplayer campaign. Overall, as long as I'm able to tell a friend from a foe, I'm not too concerned with the set-up

Is there something that you think was a brilliant move about the upcoming addtion to the Battlefield roster?
Aion: The idea of conflicts between "No-Pats" really opens up the whole world for potential map locations, of course. Graphics have always been phenomenal and now the maps are going to be huge to accommodate the 128 players on next gen. Needless to say, this will give players a massive opportunity for tactical play due to the maps being open and overall huge

In what ways do you think the Battlefield franchise has shifted to, and what have been the most obvious changes?

Aion: I actually played Battlefield 4 for the first time in years the other night, and it made me realize how much has the titles improved with the gameplay experience. I was continually frustrated that I could not mantle over low obstacles in BF4! Though both BF1 and BFV introduced some new gameplay mechanics, some succesful while some not - and Battlefield 2042 aspired to do the same, this time with the introduction of specialists - being able to change weapon accessories while in the heat of battle. I just hope BF 2042 will keep the parts that worked well and redesign those from its older siblings that were not so great

Lastly to finish it all off, what do you most expect from BF 2042, and are you going to play in the Beta testing period?

Aion: Well, due to DICE putting their focus off of Battlefield V onto Battlefield 2042, I along the others are expecting something really special. DICE needs to nail thing down like Time To Kill from the get-go, otherwise a lot of us are going to be disappointed as it was with Battlefield V. And yes! I'm definitely looking forward to play in the open Beta, which will be available to play on all platforms for those who have pre-ordered the game already